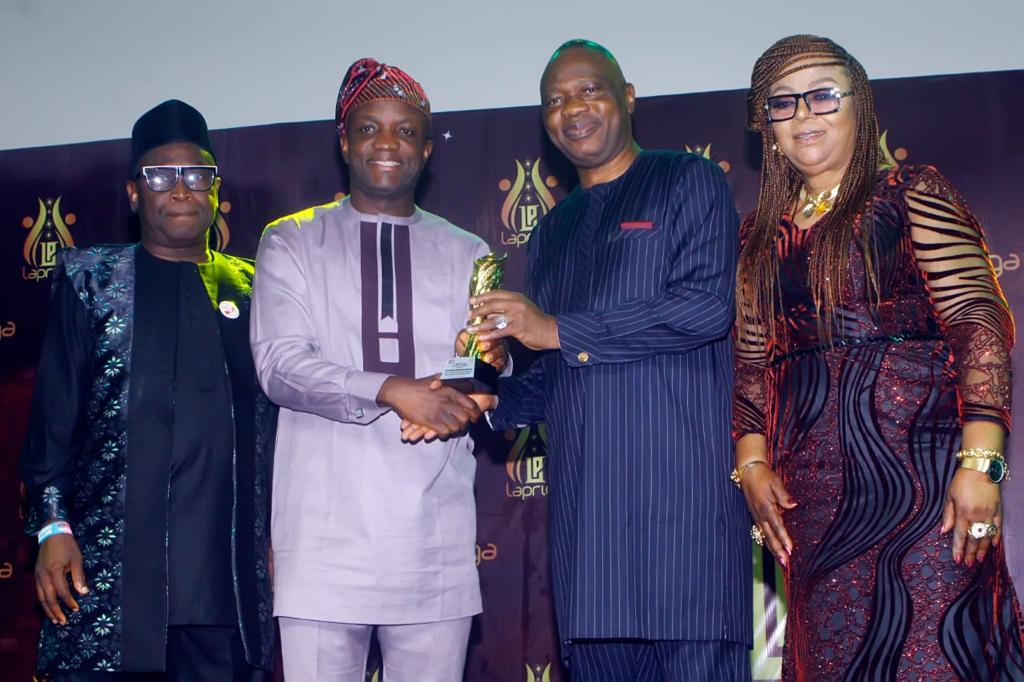 Funso Aina, Senior Manager, External Relations, MTN Nigeria has been recognised as the Most Influential PR Professional for the year 2022 by the Lagos state chapter of the Nigerian Institute of Public Relations (NIPR).

The event which took place on Friday, December 2, 2022, at D’Podium Event Centre, Ikeja, Lagos, recognised over 20 honourees from public relations consultancies, public and private sector practitioners, stakeholders, and the media in various categories.

This is Aina’s second significant NIPR recognition in two years. Just over a year ago, the bachelor of Arts graduate with over 26 years of work experience in journalism, cultural diplomacy and telecommunications was recognised and awarded as the Best in Crisis Management by the Lagos state chapter of the NIPR.

This year, Aina received the award for leading the execution of MTN’s Media Innovation Programme (MIP) in partnership with the School of Media & Communication, Pan-Atlantic University which saw 20 journalists equipped with digital media skills and travel to University of Wits in South Africa for capacity development.

Aina who is a member of the NIPR, says he considers the award, coming from an industry regulator, a testament to MTN’s commitment to supporting developments in the Nigerian media space and enabling capacity-building initiatives to enable innovation in media practice.

“I am grateful for the recognition and extend my appreciation to the Lagos Chapter of the NIPR for consistently organising the awards, and more importantly for promoting best practices in the industry.”

The seventh edition of LaPRIGA was organised by the Lagos state chapter of the NIPR. Commonly known as the Communications Industry Oscars, The LaPRIGA Awards is a prestigious high-profile event showcasing and recognizing excellence in public relations practice in the public and private sectors.