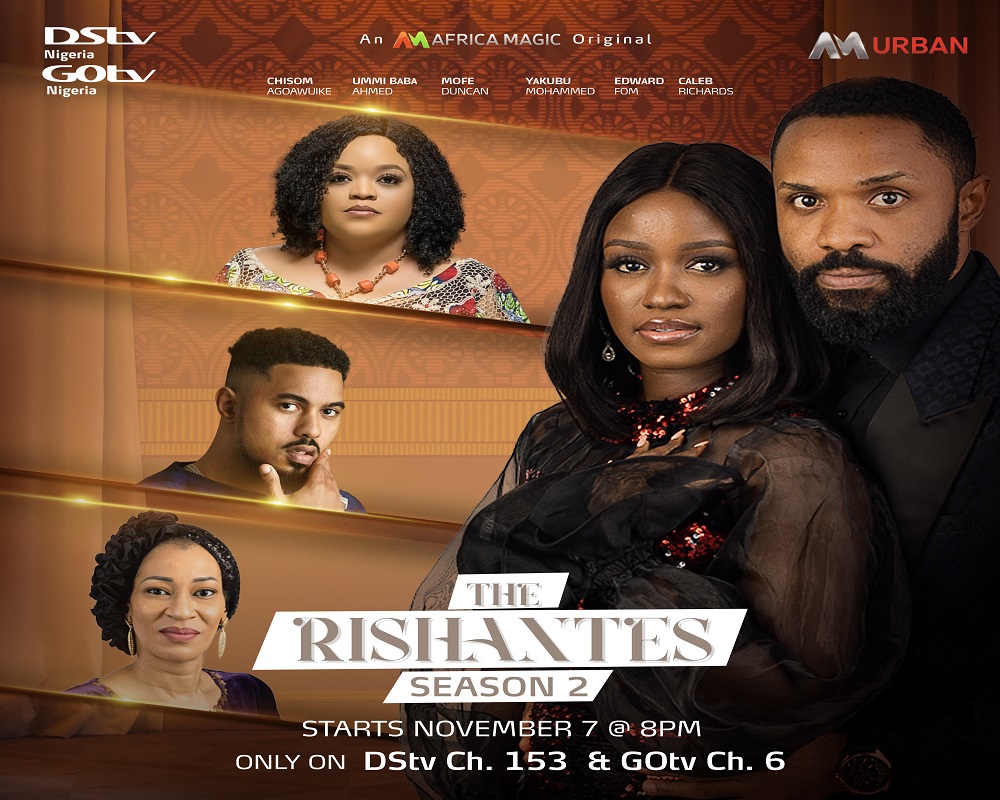 Fans of Halita, who have been following the series since it first premiered in 2019, will enjoy seeing their favourite Rishantes family return to their screen this November. The second season of Africa Magic’s The Rishantes will premiere on November 7, 2022, and will show on weekdays at 8 pm on AM Urban.

The Rishantes has become one of the most popular TV families in recent years. They first came to the screen in 2019 when Africa Magic premiered Halita and fans were heartbroken when the second season ended in 2020. However, the show’s producer, Dimbo Atiya, brought back the family in 2021 in the first season of The Rishantes, set 5 years after the end of Halita.

The family are returning for the third time in the second season of The Rishantes. The political drama series is set in Abuja and follows the Rishante family, understudying their individual lives and familial losses and wins.

The Rishante family appears to be powerful, wealthy, and even passionate. However, some unseen forces and circumstances could bring about a catastrophic end for the family. They must overcome the family strife and disagreements that plague their seemingly happy lives to take on the more powerful enemy trying to rip them apart.

When the first season ended, Matilda, played by Ummi Baba Ahmed, was Nigeria’s first senate president. Halita, played by Chisom Agoaiweke, had successfully separated the tea business from The Rishantes Group and made it the most profitable of all their other ventures. She was also in a beautiful relationship. On the other hand, Ladi was expecting twins with his wife and successfully closed the group’s most prominent business deal and saved the company. However, their enemies are still at large, more powerful than ever, and more determined to bring them down.

The Executive Head of Content and West Africa Channels, MultiChoice, Dr Busola Tejumola, shared her thoughts about The Rishantes’ return. She said, “The Rishantes will take viewers on an emotional rollercoaster as they get immersed in the lives of the characters, their relationships and their different journeys.

“We expect each plot and twist to keep viewers on the edge of their seats. We’re excited about this new season as we know a lot of viewers connected with the Rishante family and are thrilled to have them back for a new season”.

The new season will also be available on the online streaming service to DStv viewers can watch the series on the go via the DStv app at no additional fee. The app is available for download from the Apple and Google Play stores.