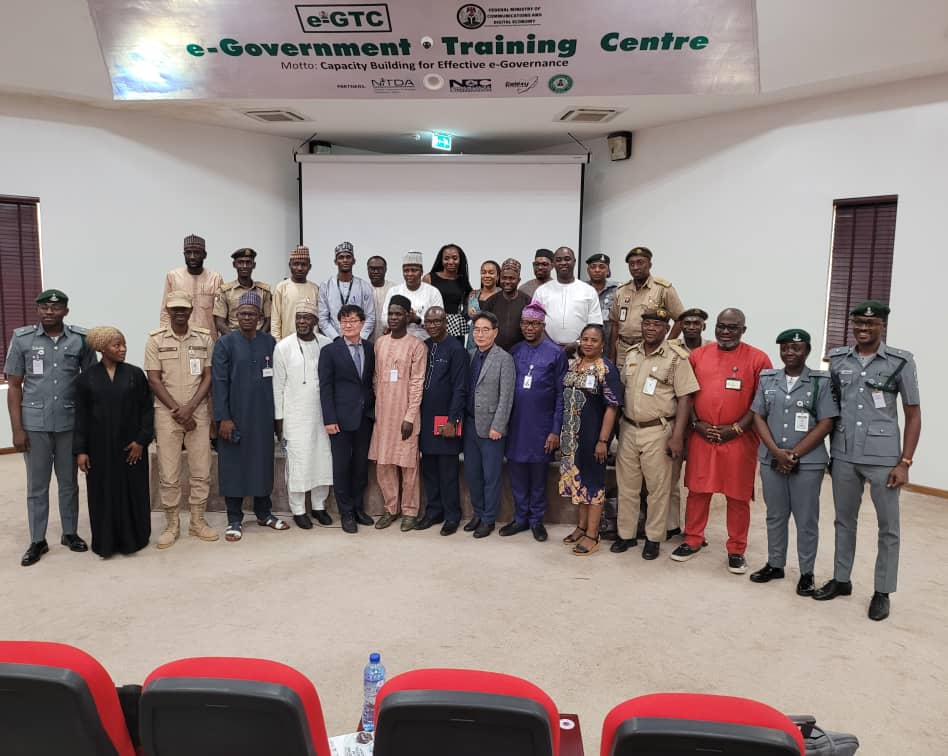 As part of the implementation of the second phase of the National e-Government Master Plan (NeGMP) the National Information Technology Development Agency (NITDA), in collaboration with the Republic of Korea, through the Korea International Cooperation Agency (KOICA) Office in Nigeria, has commenced the implementation of one of the main component of the second phase which is the development of the Enterprise Architecture (EA) Framework for Nigeria.

The Director General of NITDA, Kashifu Inuwa, who was represented by the Acting Director, Digital Economy, Engr Salisu Kaka said that the EA is one of the components of the second phase of the NeGPM implementation. The quadruple of the Nigeria Customs Service (NCS); National Identification Management Commission (NIMC); Nigeria Immigration Service (NIS); National Information Technology Development Agency, NITDA, were approved by the Honorable Minister of Communications and Digital Economy (FMoCDE), Prof Isa Ali Ibrahim (Pantami) to be used for the pilot implementation of the EA project.

He stated that the EA Framework is aimed at helping the Federal Government through its Ministries, Departments, and Agencies (MDAs) to seamlessly navigate the digital transformation journey and prepare the country for the future of the digital economy.

The pilot implementation process is starting with a one-week training for the four selected MDAs which will run from Monday 17th to Friday 21st October 2022. Other implementation activities will continue after the training.

Inuwa mentioned that the EA implementation is going to cover all MDAs in the long run. He said the four MDAs used for the pilot are to be the pace setters and will be used to bench-mark the implementation process for the rest of the MDAs.

He explained that the EA concept was started in 1987 by John Zachman who raised a need to express a conceptual framework for the integration and linkage of information systems and named it Architecture Framework.