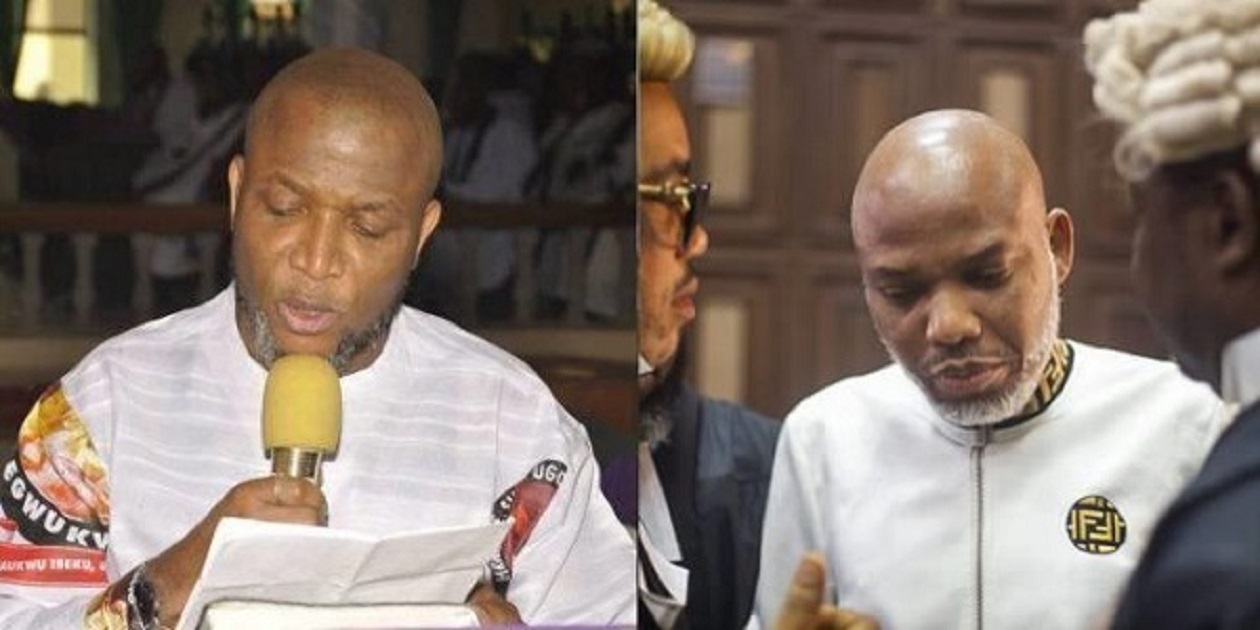 The younger Kanu’s suspension was announced in a statement signed by the National Coordinator of the group in Germany, Collins Chinedu and issued by IPOB’s spokesman Emma Powerful.

The group accused the younger Kanu of indulging in anti-IPOB activities with the aim of bringing the IPOB family in Germany into disrepute and by extension, disorganising the larger IPOB family worldwide.

Kingsley is also accused of insubordination to IPOB leadership, forming a parallel leadership in Germany and floating the group’s code of conduct.

The body said Kingsley has been using his affiliation to its leader, Nnamdi, to an unmerited super advantage and has been placing himself above IPOB rules and regulations guiding the noble IPOB in Germany and worldwide.

It noted that Kingsley is an ordinary unit member of the IPOB in Landsberg Am Lech, Germany.

The other offences against him, according to the statement, are: “Kingsley has been in the habit of flagrantly flouting every IPOB code of conduct, thereby seeing himself as above the law and often throwing every decorum to the winds

“Reporting a fellow hardworking IPOB member to the German Criminal Police, contrary to IPOB Code of Conduct and in violation of his oath to the IPOB.

“Issuing orders to his superior officers in the hierarchy of IPOB without the approval of IPOB leadership.

“Imposing and parading an expelled IPOB member, Mr. Ogbonna Abraham, as the new national coordinator in Germany with the intent to cause division within the existing structure in Germany.

“Ordering his purported national coordinator in German to create another principle servants forum through which IPOB members are being lobbied to join his illegal group and to attend series of his illegally organised online.”

My removal a nullity, says Kingsley

Nnamdi Kanu’s younger brother, Kingsley, is battling the leadership of Indigenous People of Biàfra (IPOB) for the control of the group.

While the group announced the suspension of Kingsley midnight on Sunday, the younger Kanu described the group’s action as null and void, as the officer who announced his suspension had earlier last year been removed by Nnamdi Kanu from detention.

Kingsley, in a reaction through his social media handle, said Mr. Collins Chinedu, who signed the suspension order, lacked the locus standi to sack him, as he had been removed as the National Coordinator of the group for Germany by Nnamdi Kanu