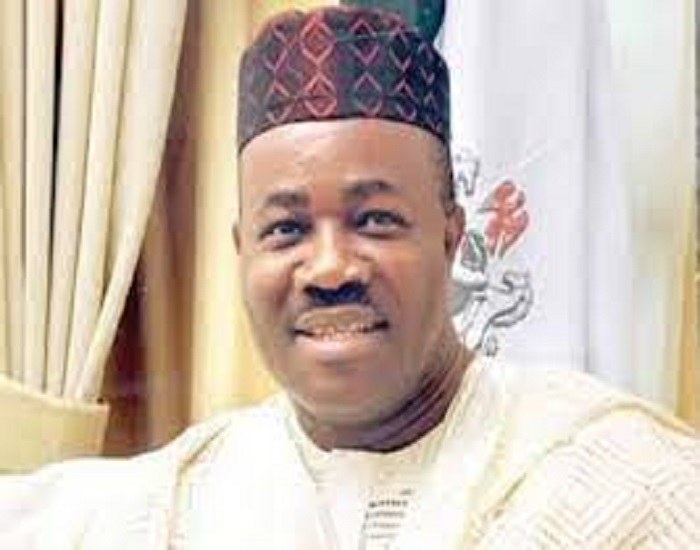 The Supreme Court, on Friday, affirmed Godswill Obot Akpabio as the valid Candidate of the All Progressive Congress, APC, for the Akwa Ibom North-West Senatorial District in the forthcoming February 25, 2023 election.

The apex court, in a unanimous decision by a five-man panel led by Hon. Justice Kudirat Motonmori Olatokunbo Kekere-Ekun JSC, set aside the judgement of the Court of Appeal recognising Ekpoudom as the Candidate of the Party.

Recall, that the legal tussle on who will represent the zone has been between DIG Udo Udom Ekpoudom (rtd) on one hand and the former Governor of Akwa Ibom State, Akpabio on the other.

Background of the suit
The lawsuit followed the emergence of the former Senate Minority leader, Akpabio, as the party’s candidate in the APC re-run primary poll held on June 8. The “uncommon Governor” participated in the Presidential Primary of the APC, before contesting the Senatorial ticket of the Zone.

Although the Independent National Electoral Commission, INEC, had recognised Ekpoudom as the APC candidate for the senatorial district for the 2023 election, the APC insisted that the former Niger-Delta Affairs Minister will be on the ballot as her candidate.

In the application: Ekpoudom v. APC & INEC (in suit No: FHC/ABJ/CS/1000/2022), the petitioner said he duly participated in the Akwa Ibom North West APC Senatorial District Primary Election held on May 28 and monitored by INEC in line with the 2023 election timetable and guidelines of the APC.

Justice Donatus Uwaezeoke Okorowo of the Abuja Federal High Court, on September 23, held that the plaintiff’s action was not justiciable, hence, the suit was incompetent. He said that the matter bordered on the internal affairs of a party, and the Court is divested from handling same.

Dissatisfied with the High Court judgement, Ekpoudom unsurprisingly appealed, praying the penultimate court to recognise him as the duly elected candidate of the Party.

On November 14 last year, the three-man panel of the Appeal Court sitting in Abuja (in suit No: CA/ABJ/CV/1055/2022) set aside Justice Okorowo’s judgement and affirmed Ekpoudom as the Candidate of the APC for the District.

The lead judgement read by Justice Danlami Zama Senchi JCA ordered INEC to immediately recognise and upload the name of Ekpoudom within seven (7) days as the APC Senatorial Candidate as well as de-list the name of any other Candidate.

The panel further held that, Akpabio being a presidential aspirant of the APC, could not participate in the valid primary of the party held on May 28 and monitored by the INEC, which produced Ekpoudom as a candidate.

The APC and Akpabio (via a leave of Court) appealed to the apex Court for a favourable judgement.