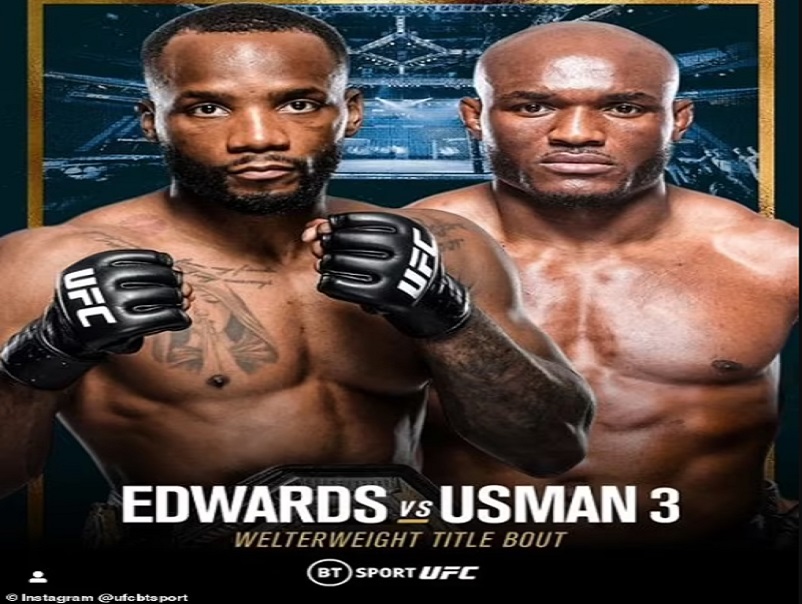 UFC President Dana White has announced that Leon Edwards will defend his welterweight title against Kamaru Usman at UFC 286 in the O2 Arena in London on March 18.

Edwards defeated Usman for the belt at UFC 278 last August after delivering a fifth-round head kick for a knockout, setting up their upcoming trilogy fight.

The two first faced off at UFC on Fox: dos Anjos vs. Cowboy 2 in Dec. 2015. Usman won via unanimous decision.

This fight will be a homecoming for the 31-year-old Edwards, who moved to England at the age of nine and fights out of Birmingham. For his professional career, he sports a 20-3 record with one no-contest. He has seven knockouts and three submission victories.

Usman had won 19 straight fights before falling to Edwards. For his career, he is 20-2 with nine knockouts and one submission.