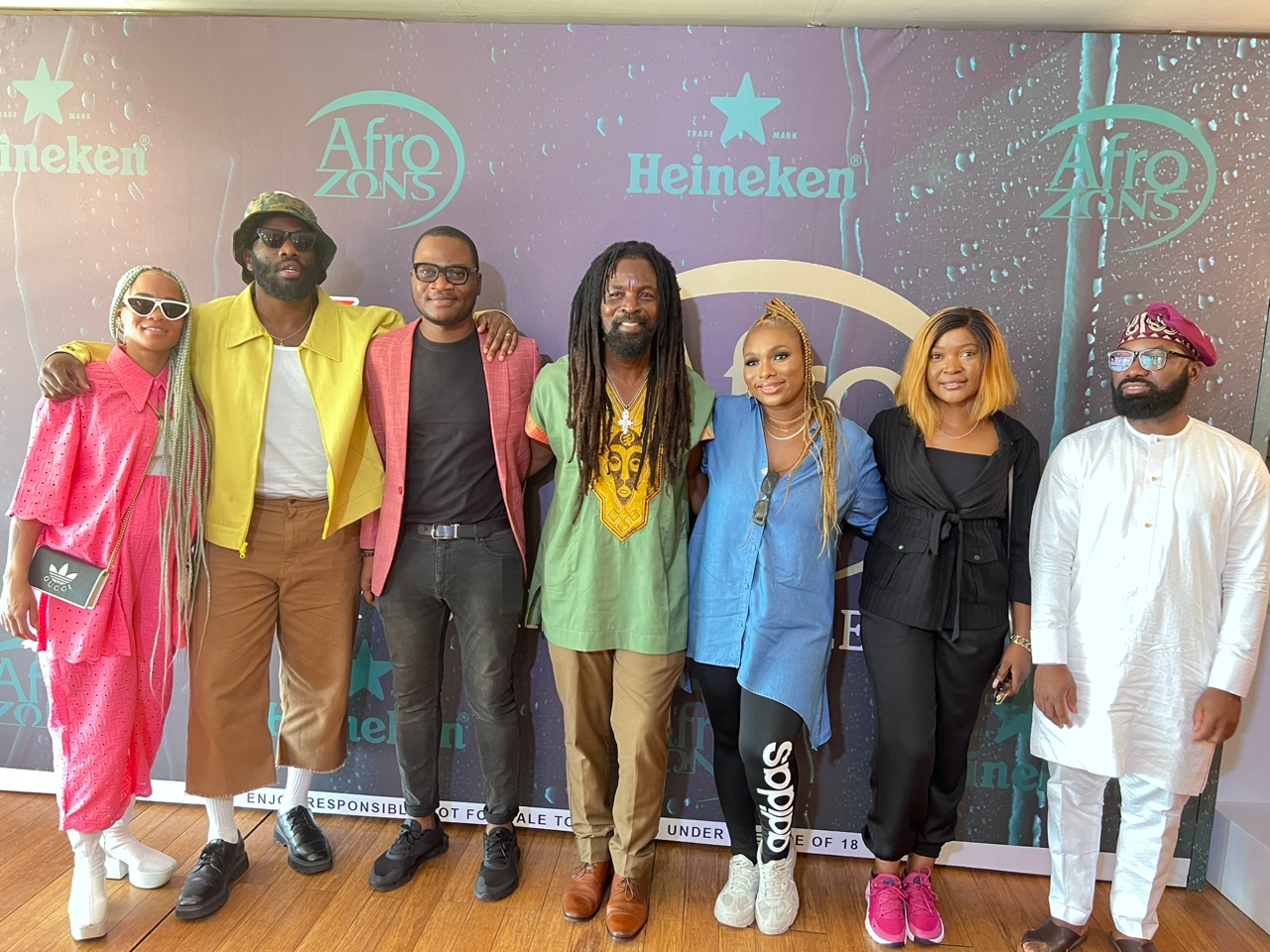 Ahead of the 65th Grammy Award scheduled to hold on February 5, 2023, at the Crypto.com Arena (formerly Staples Center), Nigerian Breweries’ Heineken beer brand collaborated with Afrozones to host the Nigerian leg of a series of pre-Grammy parties.

The event which honours Grammy-nominated Nigerian rapper, Tobe Nwigwe as a homecoming party, will serve as a precursor to the pre-Grammy party scheduled to hold on February 3, 2023, in Los Angeles.

According to the convener, Sheila O., a voting member of the Recording Academy and host of the internationally syndicated talk show, Afrozones, the roadshow which kicks off in Lagos and ends in LA will serve as a campaign to introduce an Afrobeats category at the Grammys, a move already implemented at the recently concluded American Music Awards (AMA) with the Favourite Afrobeats Artiste.

“Afrobeats is bigger than calling us ‘Best Global Performance'” Sheila said. “We are bigger and here to stay, and it is something that the Grammy is looking forward to and trying to make happen. When? I do not know. All we have to do is keep pushing and putting out good music.”

On his part, Sampson Oloche; Portfolio Manager, International Premium Brands, Nigerian Breweries Plc relayed the need to project African acts in such a capacity to drive the genre into international consciousness.

“We feel privileged to host Tobe, his lovely wife, and Rocky here today. We are happy to be host to this history-making event, you might not tell from this, but imagine next month if they win the Grammy. We are very glad to host everyone on this star-studded occasion. We are looking forward to this night.

“Being in partnership with Afrozones, Sheila, we bring enjoyment to our consumers. Our role in all of these is to ignite consumer passion. For us, when you have artistes that are as relevant as these guys, that are creating new frontiers and breaking records all over the world, we feel privileged to associate with them because this is where our consumers are. It’s a no-brainer, a win-win situation.”

Responding graciously to the warm reception he and his family have received so far since their stay in Nigeria from a recent tour to Ghana, Nwigwe expressed his surprise at gaining a Grammy nomination for Best New Artiste as an indie act.

“It was surprisingly overwhelming because I didn’t think they would have the audacity to nominate an independent artiste like me, especially in this kind of category, I am the only one that is independent. I was shocked, but a good surprise.”

He continued: “I grew up listening to – by force, not by choice – a lot of Fela. So, a lot of Fela was ingrained in me since I was young, and of course, the routine songs that you hear at every single Nigerian party growing up. I found a way to blend that kind of sound into my music.”

“I fuse the western and traditional sounds; I feel that’s where the future of African music is. For me, nomination for a Grammy: I feel we don’t make music in Africa in order for us to get awards, but that awards have to be a product of our innovation. African music acts need to know that they are coming to us, we are not going to them. So, we have to be bold enough to show the expanse of our diversity.”