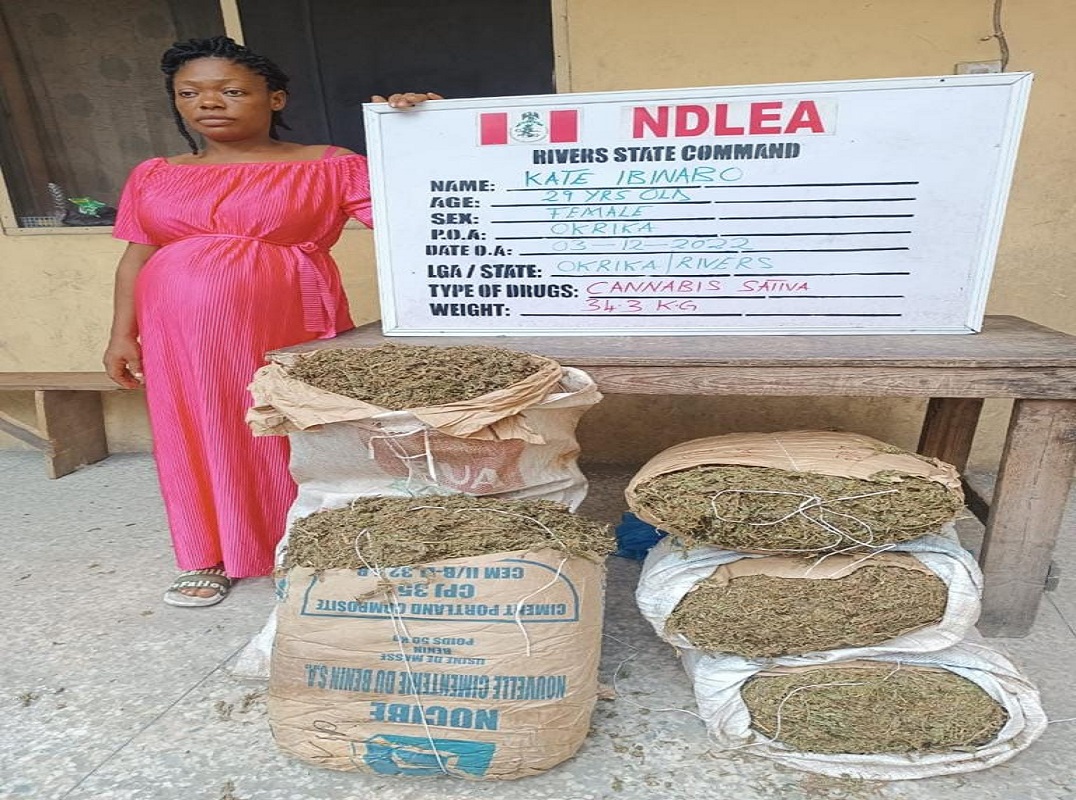 Spokesperson of the agency, Femi Babafemi, who disclosed this in a statement on Sunday, December 4, said the suspect, who is 9 months pregnant was arrested on Saturday.

“The Chairman/Chief Executive of NDLEA, Brig. Gen. Mohamed Buba Marwa (Retd), CON, OFR, has however directed that she be granted administrative bail pending when she is delivered of her baby and thereafter return for her prosecution because at the time of her arrest, shes in her ninth month of pregnancy,” the statement read.

Meanwhile, in Ondo state, 241 bags of the psychoactive substance with a gross weight of 3,133kg were recovered from a building at Ilale Cashew, Ehinogbe, Owo, on Tuesday 29th Nov.

At least, 507.9kgs of cannabis were also seized during a raid at the hideout of a fleeing drug dealer in Mushin area of Lagos on Thursday 1st Dec.

While commending the officers and men of the Rivers, Ondo, Lagos, Cross River and Yobe Commands of the agency for the arrests and seizures, Gen. Marwa charged them and their counterparts across other formations to continue to step up their offensives against drug cartels.