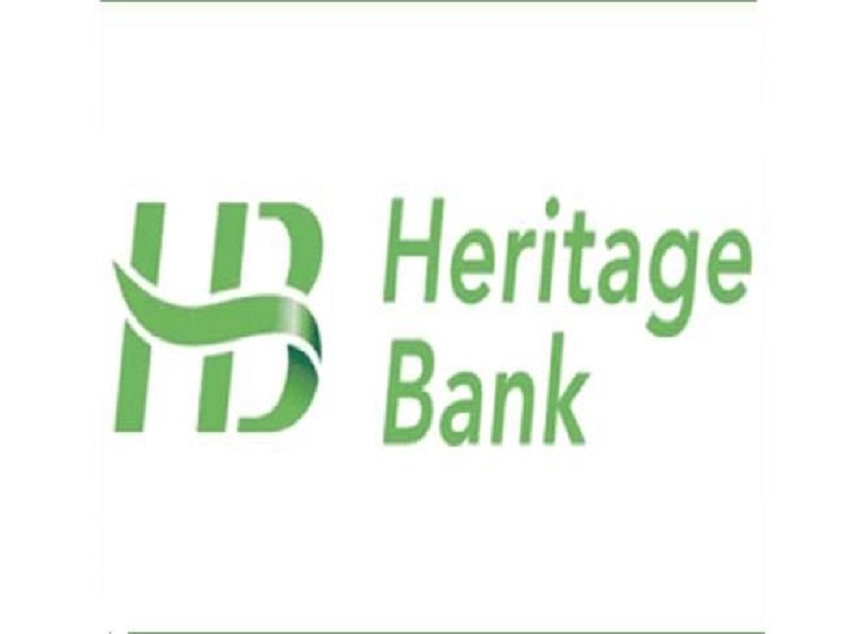 At Heritage bank Plc, one of Nigeria’s tier three banks, its now a tale of one day, one trouble as barely days after a liquidity-related issue regarding the inability of the bank to pay its customers surfaced, the bank is being trailed by yet another scandal.

This is as an Account Officer with the Bank named Omosanyin Eniola, has been convicted and sentenced to seven years imprisonment over a N21.8 million fraud.

Omosanyin was sentenced by the Chief Magistrate Linda Yetunde Balogun, of a Lagos Chief Magistrate’s Court, Yaba, last Friday, after pronouncing him guilty of two out of seven counts charge of conspiracy, fraud and stealing of cheques made against him by the Police Special Fraud Unit (PSFU) Ikoyi, Lagos.

Convicting and sentencing the 40- year- old banker, Chief Magistrate Balogun held that the prosecution, has successfully proved the charges of conspiracy and N21.8 m fraud against the banker beyond every reasonable doubt.

Chief Magistrate Balogun however freed the banker of four counts charge of forging Spring Bank cheques, which he used in perpetrating the criminal acts.

In her final judgment, the Chief Magistrate sentenced the banker to a year imprisonment on count one without an option of fine, and seven years on count two, but with an option of paying the sum of N21.8 m, as restitution to the fraud victim.

The PSFU, through it’s prosecutor, Daniel Apochi, had dragged the convict before the court on a seven count charge of conspiracy, fraud, and forging of Spring Bank’s cheques.

The prosecutor had told the court that the convict committed the offences between 2011 and 2014, while working at theHeritage Bank’s headquarters, Lagos, as an Account Officer.

During the trial, the prosecutor called three witnesses, who included the Investigation Police Officer (IPO) Mr. Jim Omoruyi, the fraud victim, one Adeleke and official of the bank.

The prosecutor also tendered several exhibits which includes; copy of petition by Heritage Bank to the police, convict’s confessional statement, victim’s statement of account, some of the Spring Bank’s cheques used in withdrawing the money and others, which were admitted by the court.

The two counts which the banker was jailed reads: “That you, OMOSANYIN ENIOLA ‘M’ while working with Heritage Bank Ltd; with Headquarters in Lagos and charge with the responsibility as an Account Officer, between 2011 and 2014, with intent to defraud, conspired amongst with other persons, now at large, to commit a felony to wit; stealing and forgery; and thereby committed an offence punishable under Section 409 of the Criminal Law of Lagos State of Nigeria, 2011.

“That you, OMOSANYIN ENIOLA ‘M’ while working with Heritage Bank Ltd; with Headquarters in Lagos and charged with the responsibility of an Account Officer, between 2011 and 2014, with intent to defraud, fraudulently withdrew the sum of N21, 800, 000.00 (Twenty-One Million, Eight Hundred Thousand Naira) from Heritage Bank Ltd. and converted the money to your “own use; and thereby committed an offence contrary to Section 278 (1) (b) of the Criminal Law of Lagos State of Nigeria, 2011 and punishable under Section 285 (7) the same law.”