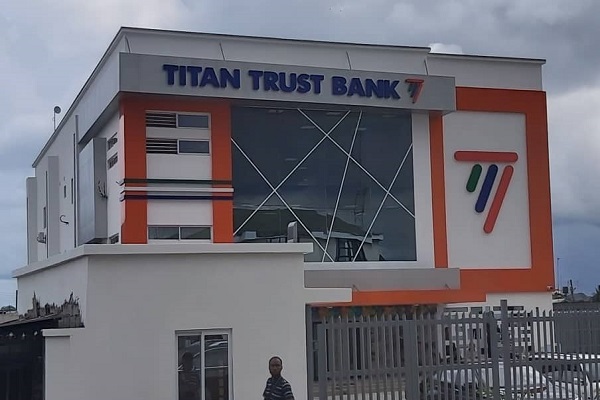 In a bid to ensure that one of Nigeria’s first-generation banks is not delisted from the Nigerian Exchange, Titan Trust Bank Limited may today conclude the application list for a N13.5 billion buyout attempt for minority shares in  (UBN) Plc (NGX).Union Bank of Nigeria

According to the offering circular for the mandatory takeover offer (MTO), Titan Trust Bank is putting up N7 per share in exchange for 1.928 billion ordinary shares of UBN, valued at 50 kobo each and held by minority shareholders. Today is the deadline for the MTO application list.

Titan Trust Bank, which had bought 27.337 billion common shares, or 93.41 percent of the equity position in UBN, in May 2022, will have a 100% holding of the first-generation bank with the purchase of 1.928 billion shares under the MTO, according to the Nation.

As a result, 93.41 percent of Union Bank’s issued share capital was transferred to Titan Trust. In 2012, UGPL and ATMA took over the first-generation bank.

After acquiring all of the minority shares, Titan Trust Bank said over the weekend that it would delist UBN and reregister the institution as a private limited liability company, putting an end to the first-generation bank’s 52-year active listing and stock market trading history.

Re-registering UBN as a private business means that in addition to its shares being delisted from the NGX, they will also no longer be traded on the NASD OTC Securities Exchange, the market for shares of unlisted public limited liability companies. UBN, which was incorporated in 1969, debuted on the NGX in 1970.