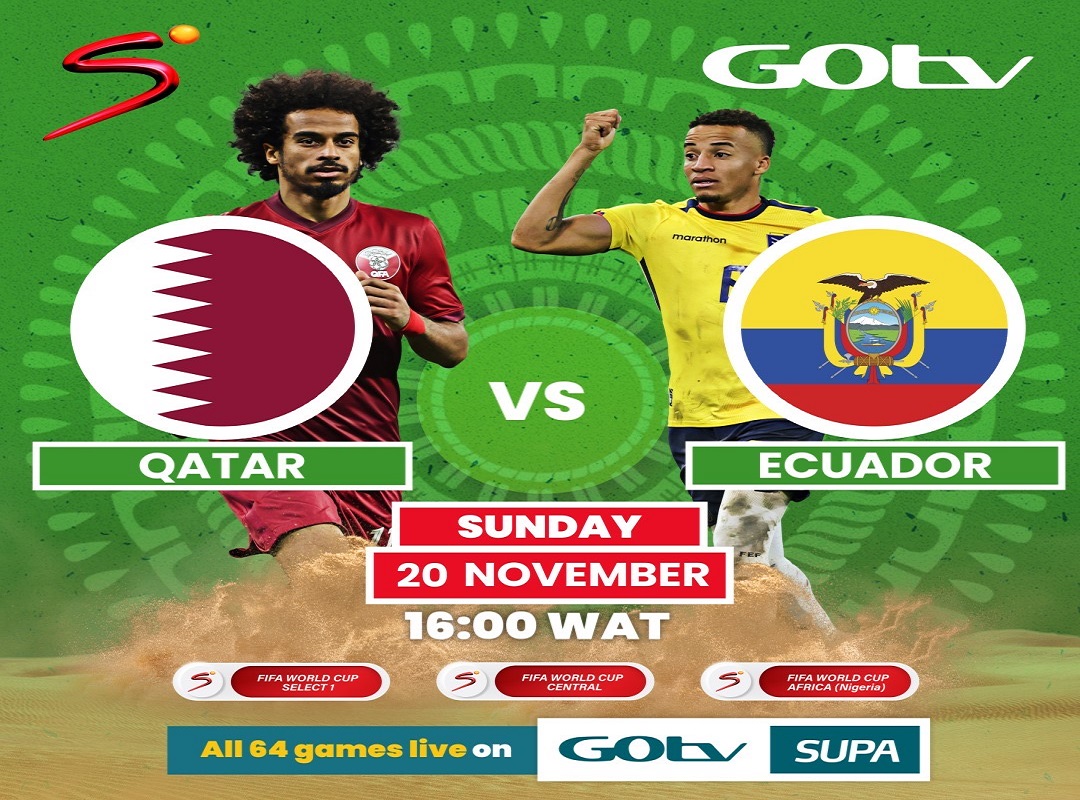 Qatar, host country for the 2022 FIFA World Cup, will take on Ecuador for the opening match of the biggest football tournament at the Al Bayt Stadium on Sunday evening.

The match which will be broadcast live on World Cup Central channel (DStv channel 202 and GOtv channel 31) at 5:00pm will kick-off a 64-game tournament comprising 32 teams from 6 continents of the world.

In the last 21 editions of the tournament, the host countries have managed to avoid a loss. The Maroons of Qatar, who are making their debut in the tournament, will be under pressure to maintain that record and become part of that elite group.

Led by renowned coach, Felix Sanchez, the Maroons hope to make a statement against the more seasoned Ecuadorian national team that is participating in the tournament for the fourth time. But, Gustavo Alvaro’s men will be no pushover as they have kept six consecutive clean sheets since they held Argentina to a 1-1 stand-off in March.

The other teams in Group A, Senegal and Nederland, will take on each other the following day at the Al Thumama Stadium, Al Khor. Nederland, under the tutelage of veteran manager, Louis Van Gaal, is considered one of the tournament’s favourites.

Having failed to qualify for the last edition, the Dutch national team will be keen to remedy that blimp in their World Cup history and put the disappointment of the past behind them as they roll out their campaign to possibly lift the coveted trophy for the first time.

The Teranga Lions of Senegal on the other hand, are the reigning champions of Africa and they are tipped as tournament dark horses because of their talented squad. Their tie with the Dutch nationals will be broadcast live on World Cup Central channel (DStv channel 202 and GOtv channel 31) at 5:00pm.

DStv and GOtv customers can watch the 64 games from the tournament live on their decoders in HD and with the commentaries options in Pidgin English, Yoruba, Hausa and Igbo. Download the MyDStv or GOtv app to subscribe or upgrade or set up Auto-Renewal to stay connected without interruptions. You can also dial *288# to recharge.