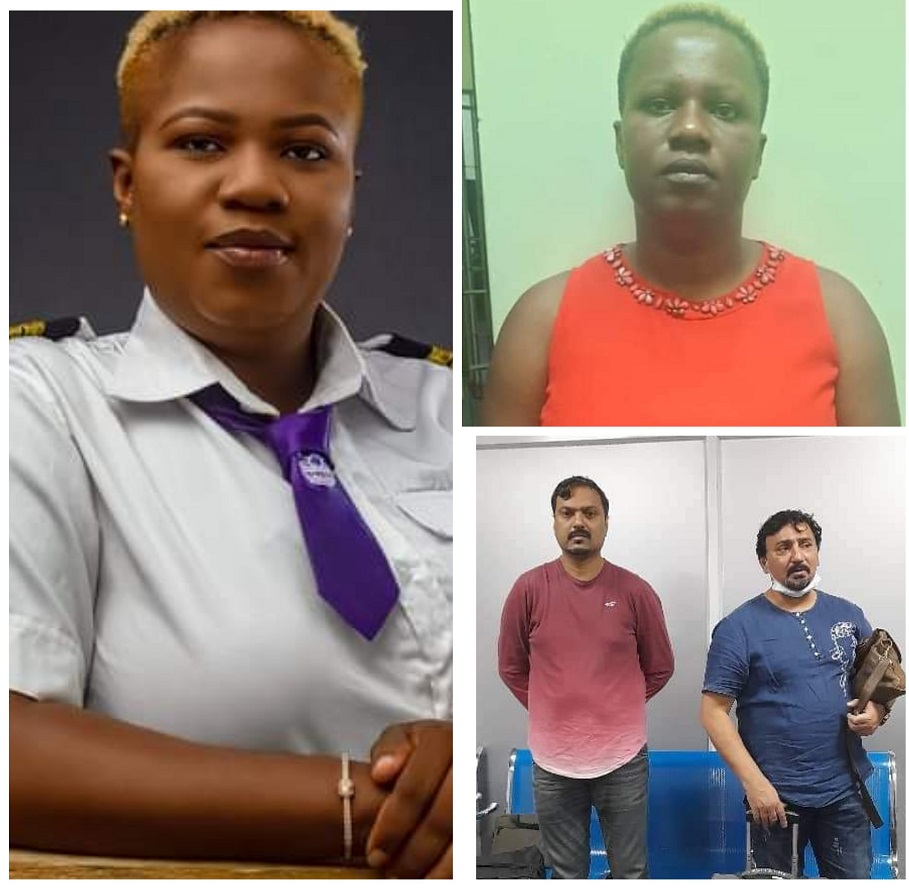 The Pakistanis, Asif Muhammed, 45 and Hussain Naveed, 57, were arrested with 8 kilograms of cocaine concealed in a sound system while attempting to board a Qatar Airways flight to Lahole, Pakistan via Doha on November 5, 2022.

Spokesperson of the agency, Femi Babafemi confirmed the arrest of the woman in a statement on Sunday, November 13.

Meanwhile, NDLEA operatives attached to the SAHCO import shed of the MMIA Lagos have intercepted another consignment of Tramadol from Karachi, Pakistan.

A total of 6 cartons comprising 497,900 tablets of Royal Tramaking brand of Tramadol 225mg with a gross weight of 304.90 kilograms were recovered after a joint examination by stakeholders on Friday 11th Nov.

While commending the officers and men of the MMIA Commands of the Agency for the successful operations in the past week, Chairman of NDLEA, Mohamed Buba Marwa, urged them and their counterparts across the country to intensify the heat on drug barons and cartels.