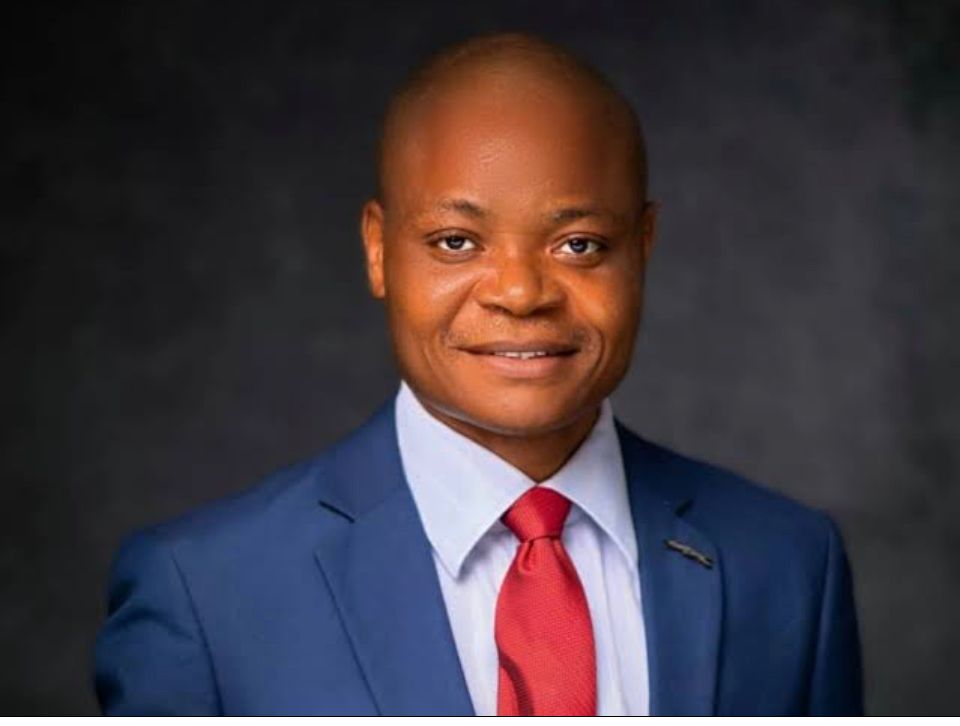 The Federal Government of Nigeria has ordered the withdrawal of the charges purportedly filed by Femi Falana (SAN) against the Chairman, Zinox Group, Leo Stan Ekeh, his wife and few others based on false information over an alleged N170m contract fraud with the Federal Inland Revenue Service (FIRS) which has seen Mr. Benjamin Joseph, owner of Citadel Oracle Concepts Limited, an Ibadan-based ICT retail firm, standing trial for falsely petitioning the Federal Government, alleging that Ekeh and others colluded in defrauding it and his company in executing the contract.

The directive was issued via the office of the Attorney General of the Federation (AGF) and Minister of Justice, Abubakar Malami (SAN) and communicated in a letter dated October 28, 2022, from the Director of Public Prosecutions (DPP) of the Federation, to the law firm of Falana and Falana.

Part of the letter reads: “I am directed to write in reference to the above caption and to inform you that the Honourable Attorney General of the Federation and Minister of Justice in exercise of the power conferred upon him by section 174(1)(c) of the Constitution of the Federal Republic of Nigeria 1999, as amended, has withdrawn the authorization earlier granted to you dated 10th May, 2022 to prosecute the case mentioned below. You are accordingly, requested to withdraw Charge no. FCT/HC/CR/469/2022 in the interest of justice.”

The letter was signed by M. B. Abubakar, Director of Public Prosecutions of the Federation on behalf of the Attorney General and Minister of Justice.

Consequently, by this letter, the Charge No: FCT/HC/CR/469/2022, purportedly filed by Falana & Falana against Mr. Leo Stan Ekeh, Chioma Ekeh, Chris Eze Ozims, Shade Oyebode, Charles Adigwe, and others, is no longer tenable and now baseless.  A copy of this letter, which was issued by the FG after a review of the facts of the matter, has been communicated to the chambers of Mathew Burkaa SAN, legal counsel for Mr. Ekeh and others, under cover of a letter dated Monday 31st October 2022 from the Office of the DPP of the Federation on behalf of the Attorney General of the Federation, reconfirming the withdrawal of the authorization earlier given to Falana & Falana and directing them to discontinue the said Charge no. FCT/HC/CR/469/2022.

This, therefore, lays to rest the allegations bandied about by Mr. Benjamin Joseph of Citadel Oracle Concept Limited, that Mr. Ekeh and the other persons mentioned in the various publications are to be arraigned in court on 8th November 2022. Rather, it is on this date that the firm of Falana & Falana is supposed to appear in court and formally withdraw the said Charge no. FCT/HC/CR/469/2022, following the clear directives of the Honourable Attorney General of the Federation.

Conversely, the Honourable AGF, through the Office of the DPP, in a letter dated June 6, 2022 had directed the Inspector General of Police to prosecute Benjamin Joseph to a logical conclusion. The directive came a couple of weeks after the Attorney General discovered that material information was withheld in the application by Falana & Falana for the authorization earlier granted to prosecute Ekeh and others. Crucially, Mr. Falana SAN, who had only recently started representing Benjamin Joseph, failed to disclose to the AGF that the FCT High Court presided by Honourable Justice Damlami Senchi had in February 2021 delivered a judgment in Charge No. FCT/HC/CR/244/2018, dismissed as false and malicious the various allegations put forward by Mr. Benjamin Joseph and awarded the sum of N20m against him as damages for false petitioning and to serve as a deterrence to others who may engage in false information to the investigation agencies.  The respected SAN also failed to disclose that his client has refused to be cross-examined since 2018 in an ongoing criminal case (Charge No. CR/216/2016) instituted against him by the Federal Government of Nigeria through the Office of the IGP based on false information on the same allegations. Also, it was not disclosed to the Honourable AGF that the Nigerian Police Force Headquarters had by a comprehensive final report dated 1st December 2020, after a thorough review of the facts of the case, absolved Mr. Ekeh and all the aforementioned persons of any criminal liability in the entire transaction leading to this case, but rather recommended the continuation of the trial of Mr. Benjamin Joseph which began since 2016.

Consequently, he is due to appear in court on Thursday, November 3, 2022, as directed by the Office of the AGF.

Despite these deliberate omissions by his legal counsel, Mr. Benjamin Joseph had embarked on a media trial, publishing a series of sponsored fake news against Mr. Ekeh, with intent to blackmail him as confirmed by his former partner, Princess Kama. Kama, who was responsible for helping Joseph win the bid for the FIRS contract, had recently come out to state that Joseph was an ingrate who had attempted to divert the entire funds for the contract without paying for the laptops supplied to them on credit, despite being the beneficiary of an interest-free credit facility from Technology Distributions Ltd. without which it would have been unable to execute the contract. According to her, Joseph failed in convincing her to go along with his dastardly plans; he had attempted to take all the profits from the deal against their pre-agreed sharing percentage – a move she also resisted.

‘‘This infuriated him and he demanded to take all the profits from the contract which I also resisted because we had a pre-agreed sharing percentage. Chief Afe Babalola, who represented him at the time, tried to intervene by asking me to concede a larger portion of the profit to him but Benjamin was greedy and wanted all. It was at this point that he turned around to claim that he was not aware of the contract, that his company was fraudulently used to execute the contract with a fake Board resolution, and that no single laptop was supplied. Why didn’t he report to the Police earlier if indeed a fraud was perpetrated on his company?” Kama had revealed.

This latest development and intervention by the Federal Government further vindicates the unflinching position of the management of Zinox that its Chairman, Ekeh, wife and others were not in any way guilty of any wrongdoing by extending credit facility to Citadel in the long-drawn case which has spanned nearly 10 years. Zinox had insisted that it would not succumb to any attempts at blackmail and that it would not negotiate with any would-be blackmailers, even as it had consistently expressed faith that the course of justice would eventually be served in the matter.

The ongoing saga relates to a 2012 credit sale of HP Laptops to Citadel Oracle Concepts Limited on an interest-free credit facility when they could not fund the contract awarded to them by FIRS to supply laptops, along with twelve other companies. Two directors of Technology Distributions, Barr. Chris Eze Ozims and Folashade Oyebode, had been appointed signatories to a bank account opened by Citadel for the disbursement of the funds for the contract, solely as security/guarantee for the laptops supplied on credit and in view of previous bad experiences from other creditors of TD. After the FIRS paid all suppliers who were funded by Technology Distribution (TD), the other companies paid TD the pre-agreed invoice value.

It was at this point that he changed the story and contended that he was not aware of the contract and that his company was used to defraud FIRS. However, during investigation by Nigerian Police and EFCC, the FIRS provided proof that Benjamin Joseph was indeed aware of the contract and that all the ordered computers were fully supplied and received by the FIRS.  In addition, Mr. Benjamin Joseph again reported the matter to the Special Fraud Unit (SFU) of the Nigerian Police Force, Milverton Road, Ikoyi.

The SFU conducted investigations and indicted him on the basis that a forensic analysis report showed that he signed the board resolution which he alleged was forged. He thereafter lodged another petition to the Police Headquarters, Abuja, and after a thorough investigation, it was found again that his allegations were false. It was on the basis of that finding that he was charged to court in 2016 in Charge No: CR/216/2016 (IGP vs. Benjamin Joseph) for giving false information. That Charge is presently pending before Honourable Justice Peter Kekemeke of the High Court of the FCT, Abuja.

Equally important, the Police (Prosecution) has closed their case since 2018 and Mr. Benjamin Joseph has been called upon by the Court to open his defence. Instead of proceeding with the said defense to conclusion, he has devised different tactics in his bid to sway the AGF to discontinue the criminal charge preferred against him. Interestingly, the law firm of Falana & Falana who filed the present charge had earlier in 2018 applied to the AGF by a letter dated November 1, 2018, for a fiat to prosecute Ekeh and the others mentioned in the articles.

In order to convince the office of the AGF, Mr. Joseph submitted some spurious reports said to have been issued in 2015 and in 2020 by the Nigerian Police, which his solicitors again used to apply for another fiat. However, the Nigerian Police Headquarters Abuja, by a comprehensive report dated December 1, 2020, discredited and disclaimed all those reports relied upon by Mr. Benjamin Joseph, which was used to convince the AGF to grant a fiat in May 2022.

On this basis and upon a critical review of all documents relating to the case, the office of the AGF saw through the falsehood and issued a new letter to the Police dated June 6, 2022 directing the Police to continue the prosecution of Benjamin Joseph and bring the criminal charge against him to a logical conclusion. This letter was brought to the attention of the court by counsel to the Nigerian Police through their letter dated September 26, 2022.