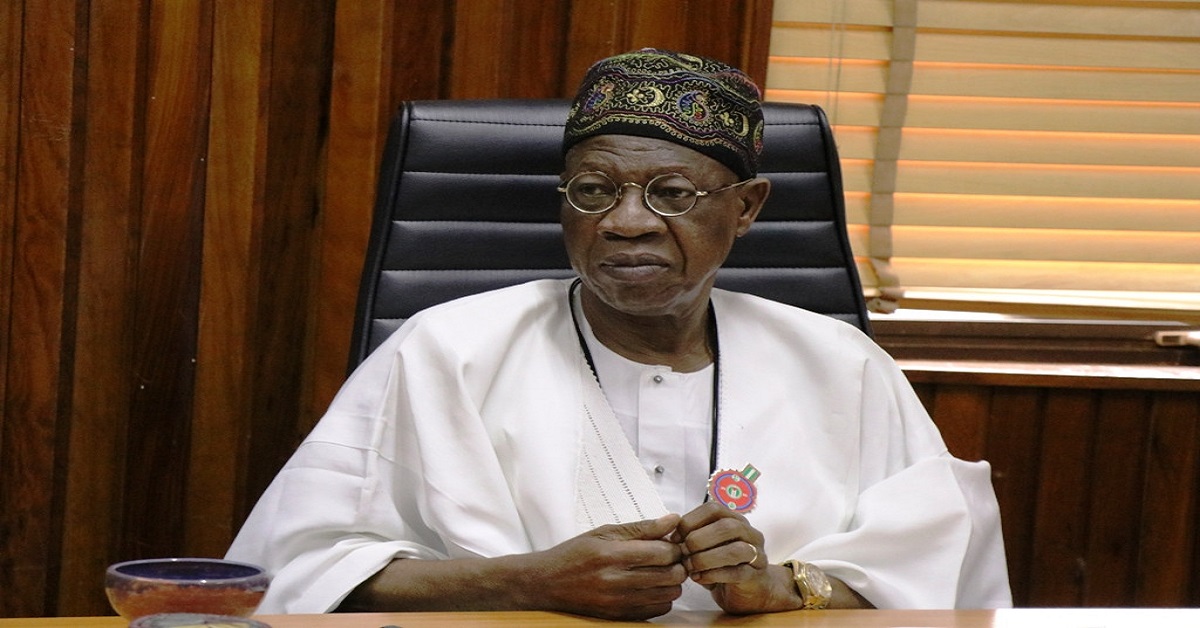 Alhaji Lai Mohammed, Minister of Information and Culture, says his ministry is in a very bad and difficult situation with the meagre fund allocated to it in the 2023 budget proposal.

The minister raised the alarm on Tuesday in Abuja when he appeared before the Senate Committee on Information and National Orientation to defend the 2023 budget proposal.

He said while he was complaining that the N1.072 billion capital expenditure allocated to the information sector of his ministry in the 2022 budget was inadequate, it was slashed to a meagre N345.64 million in the 2023 budget proposal.

“It is really a difficult situation and I do not know how we are going to handle it.

“In times of challenges like this, that our country is going through, we need the information ministry to be fully equipped to properly inform the public

“This is the time the people need information and the voice of government should be heard on what we are doing in the areas of security, infrastructure and other sectors.

“We also need to tell the world what the government had done in the last seven years and we need fund for all these.

“I also believe that the 30 per cent cut in the 2023 budget proposal across board should not apply to the ministry, rather it should be increased because of the importance of information dissemination now than ever,’ the minister said.

The minister therefore appealed to the lawmakers to consider an increase in the budget proposal to enable the ministry discharge its statutory functions effectively.

The Chairman of the Committee, Sen. Danladi Sankara said the development was depressing and the committee empathised with the ministry on how its budget is dwindling.

The Senator, however said the challenge cut across all the ministries but they would look into the Minister’s position when they are considering the budget proposal.

A member of the committee, Sen Ibrahim Dambaba who was touched by the Minister’s presentation asked if the ministry would benefit from the election fund to be appropriated to the Independent National Electoral Commission (INEC) in prosecuting the 2023 general election.

When the minister responded that his ministry has never benefitted from such fund, Dambaba said he would make case for the ministry in the Appropriation Committee so that the information ministry can get part of the fund to discharge its function on voter education.

In this article:Alhaji Lai Mohammed, chairman of the committee, minister of Information and Culture, Sen Ibrahim Dambaba, Sen. Danladi Sankara