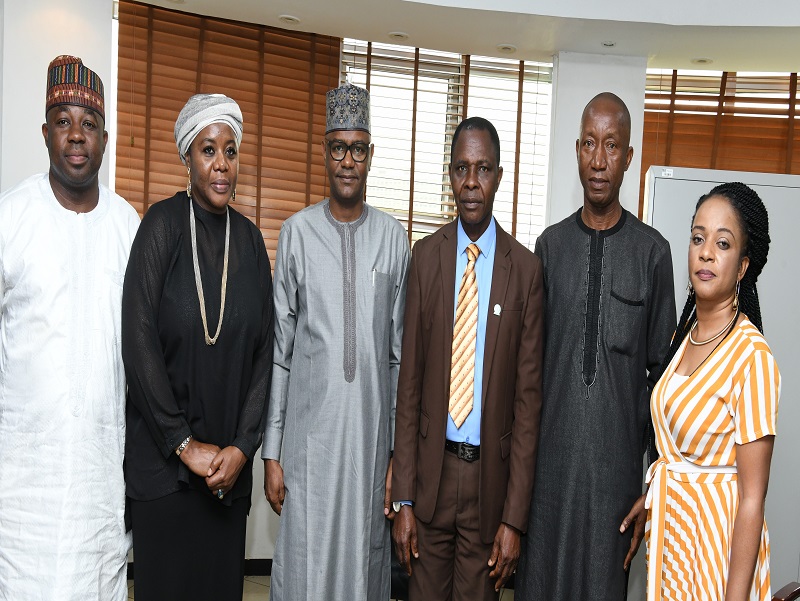 Consistent with its recognition as an ethically-compliant public institution by the Independent Corrupt Practices and Other Related Offences Commission (ICPC), the Nigerian Communications Commission (NCC) has reaffirmed its commitment to collaborating with other government agencies towards supporting Federal Government’s anti-corruption campaigns.

This was stated by the Director, Human Capital and Administration, Mr. Usman Malah, who represented the Executive Vice Chairman and Chief Executive Officer (EVC/CEO) of NCC, Prof. Umar Danbatta, to host a delegation from the Public Complaints Commission (PCC), which paid a courtesy visit to commend NCC for its role in enabling embrace of digital culture in the country.

According to Malah, the NCC earned a score of 81.15 percent in the year 2020, putting it in the top 10 Ministries, Departments and Agencies (MDAs) of government among 352 MDAs assessed on Ethics Compliance and Integrity Scorecard (ECIS) by the ICPC.

Malah told the PCC delegation that “with this performance, the Commission also emerged as the most ethically compliant government regulatory agency for the year 2020 under the Ministry of Communications and Digital Economy.”

According to Malah, it was natural for NCC to support efforts geared towards tackling corruption in the country. Therefore, he said NCC was willing to collaborate with the PCC to boost anti-corruption campaign of the Federal Government aimed at curbing corruption and negative tendencies among the Nigerian youth.

The Commission acknowledged PCC’s enlightenment programme on anti-corruption targeted at the Nigerian public, the youths and students, who, he said, can be great stakeholders for the sustainability of the anti-corruption campaign, and support for telecom sector initiatives to boost the national economy.

Malah said the “NCC also strongly associates with the central objective of PCC, which is to redress all forms of administrative injustice in Nigeria, and the noble goal of promoting social justice, especially in a world that is increasingly complex and sophisticated for the average individual, given the rapid advancements in technology and diversity of practices.”

Earlier, the PCC Secretary, Philip Enyali, who represented the Chief Commissioner (Ombudsman of the Federal Republic), Abimbola Ayo-Yusuf, commended Danbatta for maintaining zero tolerance for corruption and for the noble achievements of the Commission under his leadership. Ayo-Yusuf said NCC strides have seen the telecommunications sector contributing immensely to the Gross Domestic Product (GDP), and overall economic growth of the nation.

Enyali stated that the PCC’s purpose of visiting the NCC was to intimate the telecom regulator on the scheduled Anti-Corruption Marathon at the Eagle Square, Abuja, as well as the National Youth and Students Summit which will take place later in December 2022.

“We are here to request the support and partnership of the NCC in hosting the two events targeted at curbing anti-corruption tendencies among the Nigerian youth as well as create opportunity to discourage young people from indulging in corrupt practices,” Ayo-Yusuf said.