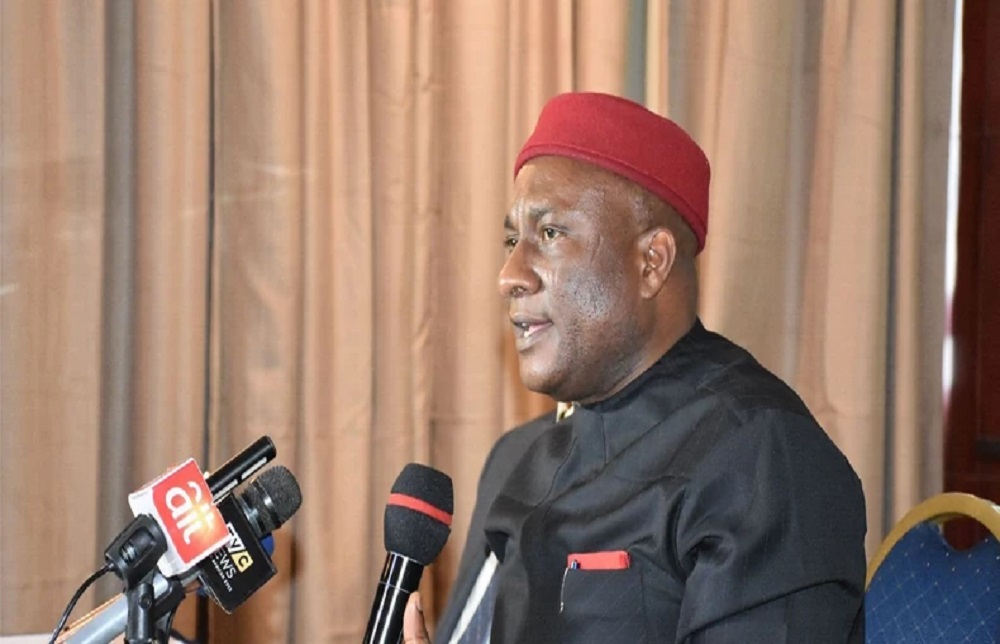 An American woman, who allegedly helped the founder of Air Peace, Allen Onyema, to facilitate a $20 million bank fraud, has admitted receiving $20,000 for her roles over a period of two years.

Ebony Mayfield pleaded guilty to the charge at the United States District Court for the Northern District of Georgia, in Atlanta, on 29 June.

PREMIUM TIMES reported that following her guilty plea, the trial judge, Eleanor Ross, has fixed 28 October (Friday) for her sentencing.

A bartender and nightclub dancer, Ms Mayfield was engaged by Mr Onyema as a manager for his Atlanta, Gerogia-based Springfield Aviation Company LLC in 2016.

The company was purportedly set up “to specialise in the wholesaling, trading, and sale of commercial aircraft and parts”.

The US government says Ms Mayfield was engaged to enter into aviation-related contracts on behalf of Springfield Aviation, despite her lack of education, training, or licensing in the review and valuation of aircraft and aircraft components.

In her plea bargain in filed in June, she confessed to signing and submitting fake documents enabling a $20 million credit disbursement from Nigeria to US bank accounts, purportedly for Air Peace to buy five Boeing 737 passenger planes from Springfield Aviation.

Both Air Peace, a major Nigerian commercial airline, and the purported aircraft seller, Springfield Aviation, are owned by My Onyema.

Prosecutors alleged that the aircraft referenced in the letters of credit and other fake documents submitted with respect to the deal were already owned by Air Peace. None of them ever belonged to Springfield Aviation, the prosecution said.

Under the law she was charged, Ms Mayfield risks a maximum jail term of five years as her punishment, aside full restitution of the proceeds she derived from the alleged crime.

‘I received $20,000 for my irrational behaviour’
Ahead of the sentencing scheduled to come up on Friday, the woman has pleaded with the judge to sentence her to conditional release, instead of imprisonment.

Ms Mayfield admitted in her court filing submitted by her lawyer that she behaved irrationally by helping Mr Onyema to sign the fake documents, admitting that she received $20,000 over the two years period for the part she played in the scam.

“There is no doubt Ms. Mayfield knew right from wrong. She behaved irrationally in trying to help the co-defendants by signing false forms for their benefit.

“Over the period of the conspiracy, Ms. Mayfield was paid approximately $20,000 in total by the co-defendants to sign and file the paperwork at issue,” her lawyer, Manubir Arora, wrote in the document filed on 13 October.

She said her acts were “a tremendous aberration from the person she actually is”. But she said “makes no excuses for her poor decision making.”

She urged the judge to show mercy on her as she “tried to make amends for her actions by confessing to law enforcement when arrested, cooperating with federal authorities as the investigation continued, and finally, accepting responsibility”.

Springfield Aviation, according to court documents, was established by Mr Onyema in the U.S. State of Georgia in April 2016 purportedly to specialise in “the wholesaling, trading/ and sale of commercial aircraft and parts”.

They also alleged that he founded and used Springfield Aviation “to facilitate large transfers of funds from his Nigerian bank accounts to the United States.”

He allegedly moved about $15 million from Springfield Aviation’s account with a Wells Fargo Bank branch in Atlanta, Georgia, to his personal savings account with the same bank in 27 transactions in 2017.

The flagged 27 transactions took place between 22 March and 29 November 2017.

Mr Onyema and Air Peace Limited’s Head of Administration and Finance, Ejiroghene Eghagha, are facing 36 charges at the District Court in Atlanta, in connection with the alleged $20 million fraudulent scheme.

Among the charges preferred against them are bank fraud, credit application fraud and money laundering.

Each of the flagged 27 online transfers carried out by Mr Onyema within nine months in 2017 involved values ranging from $100,000 to $1 million.

Each of the 27 transactions stands alone as a charge of money laundering.

Under the money laundering charges, prosecutors alleged that both Messrs Onyema and Eghagha, aided and abetted by others, “attempted to engage in a monetary transaction” involving a financial institution, with effect on “interstate and foreign commerce”.

They alleged that each of the transactions involved more than $10,000 “criminally derived from unlawful activities” including bank fraud and credit application fraud.

In November 2020, the government of the state of Georgia dissolved Springfield Aviation over its failure to file its annual registration and/or failure to maintain a registered agent or registered office in this state.

Mr Onyema denied all the allegations of fraud levelled against him when the charges against him were unveiled by the US government in 2019.

Although he said the charges did not reflect his personality as a business owner, he and his co-defendant have yet to appear in court.

In this article:Air Peace Limited’s Head of Administration and Finance, Ejiroghene Eghagha