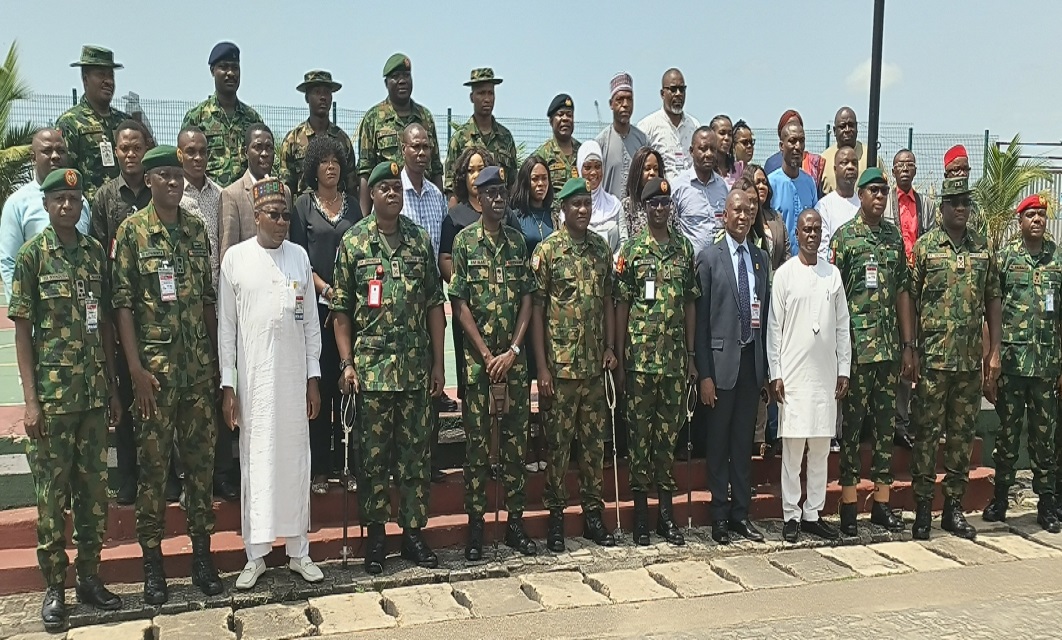 Nigerian Chief of Army Staff, Lieutenant General Farouk Yahaya has described the Nigerian Army and media relationship as a call for collective efforts to enthrone a safer Nigeria for citizens and investors.

The Army boss made this remarks on Monday at the 3rd Quarter Comic Media Chat 2022 organized by Army Headquarters Department of Civil-Military Affairs at the 81 Division Officers’ Mess, Lagos.

Themed “Media as a Critical Tool in Addressing Insecurity in Nigeria,” General Yahaya who was represented by the General Officer Commanding, 81 Division of the Nigerian Army, Major General Obinna Ajuwa, emphasized that the media must endeavour to eliminate rumour from its duties of reportage to avoid distortion of facts that could derail the progress that has been made in securing Nigeria.

The Army Chief stressed the importance of the media chat which becomes necessary in view of heightened end of year activities as well as the 2023 general elections.

He explained that unverified reportage has the potency to disrupt the success of both Army kinetic and non kinetic operations.

Yahaya noted that the Army he leads would continue to be professional and apolitical during and after the 2023 general elections in line with global best practices.

“The media should always reflect and cross check what they report in order not to make enemies of state and other forms of insurgency feel happy for creating distortions in the system,” he advised.

While thanking President Muhammadu Buhari, Minister of Defence, Major General Salihi Magashi and Chief of Defence Staff, General Lucky Eluonye Onyenuchea Irabor for their inspiring leadership and supports to the Nigerian Army, Yayaha called for a renewed relationship between the Army and media adding that he would continue to engage citizens through the Department of Civil-Military Affairs for a better understanding of expected roles and duties to minimize conflict of interest.