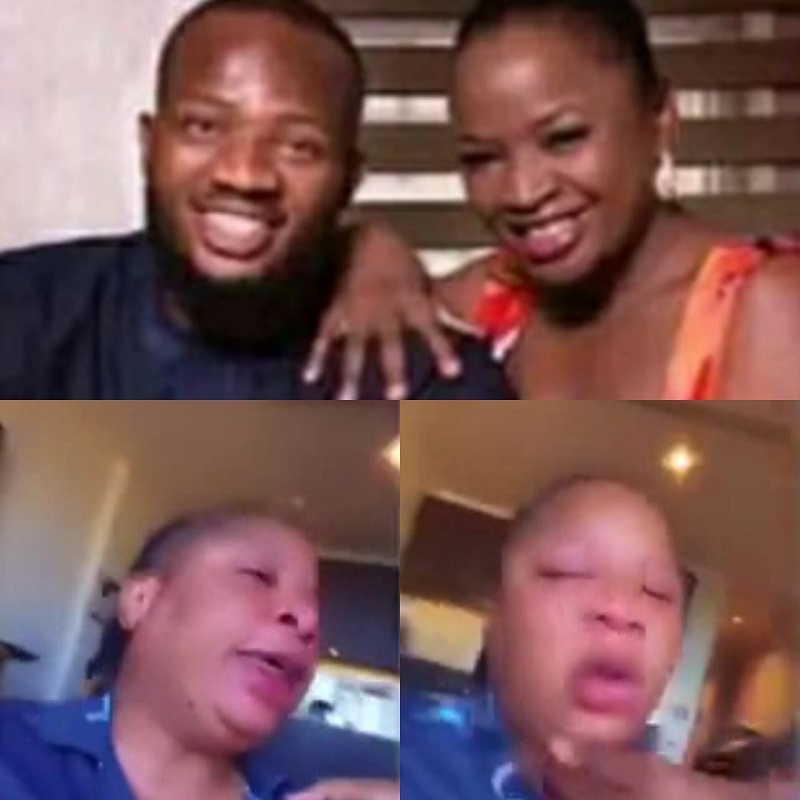 The sister of Bimbo Ogbonna, wife of celebrity businessman, IVD, has alleged that the celebrity auto dealer killed her sister.

Mama Razz, as she is fondly known on Instagram, made the revelation in a new video now trending online.

She claimed that IVD pushed her sister into the fire and watched her burn, as she videoed her.

She also confirmed that the popular businessman had absconded following his brutal action.

“You pushed her into the fire, you watched her burn, you videoed her. You burnt me, this fire is burning me. IVD oooo, you are on the run”, she said while weeping.

The sister also confirmed that Bimbo is dead.

“My hands are shaking

It would be recalled that violence broke out in the home the auto dealer shared with his late wife, Bimbo.

There was a violent confrontation culminating in a wildfire allegedly started by the wife. The fire razed their mansion, but IVD managed to escape with minor injuries.

Bimbo was however severely burnt. She later succumbed to her injuries.

The incident happened at their residence in Megamound estate, Lekki, Lagos on Wednesday, October 12.