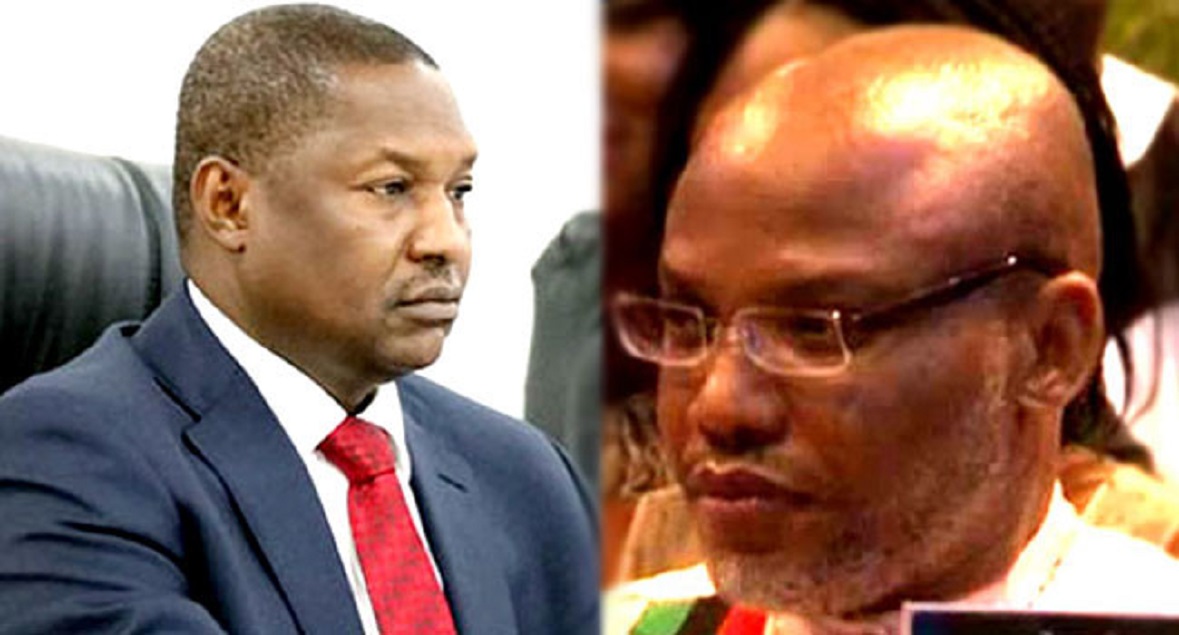 Abubakar Malami, Attorney-General of the Federation and Minister of Justice, has said the leader of the Indigenous People of Biafra (IPOB), Nnamdi Kanu, has only been discharged and not acquitted by the Court of Appeal.

Recall that the Appeal Court sitting in Abuja on Thursday, October 13, discharged Kanu who was being prosecuted by the Federal Government at the Federal High Court in Abuja for 15 count charges bordering on treasonable felony and terrorism, offenses he denied.

Delivering its judgment, a three-man panel of the Court of Appeal held that the Federal High Court lacks the jurisdiction to try Kanu in view of his abduction and extraordinary rendition to Nigeria in flagrant violation of the OAU convention and protocol on extradition.

The court also held that the 15-count charge preferred against Kanu did not disclose the place, date, time, and nature of the alleged offenses before being unlawfully extradited to Nigeria in clear violation of international treaties.

The court also held that the Federal Government failed to disclose where Nnamdi Kanu was arrested despite the grave allegations of terrorism against him.

Reacting to the court ruling, Malami in a statement signed by his spokesperson, Dr. Umar Jibril Gwandu, said the appeal court only discharged Kanu and did not acquit him.

The statement reads; “The Office of the Attorney General of the Federation and Minister of Justice has received the news of the decision of the Court of Appeal concerning the trial of Nnamdi Kanu,” the statement said. “For the avoidance of doubt and by the verdict of the Court, Kanu was only discharged and not acquitted.

Consequently, the appropriate legal options before the authorities will be exploited and communicated accordingly to the public.

The decision handed down by the court of appeal was on a single issues that borders on rendition.

Let it be made clear to the general public that other issues that predates rendition on the basis of which Kanu jumped bail remain valid issues for judicial determination.

The Federal Government will consider all available options open to us on the judgment on rendition while pursuing determination of pre-rendition issues.”the statement read