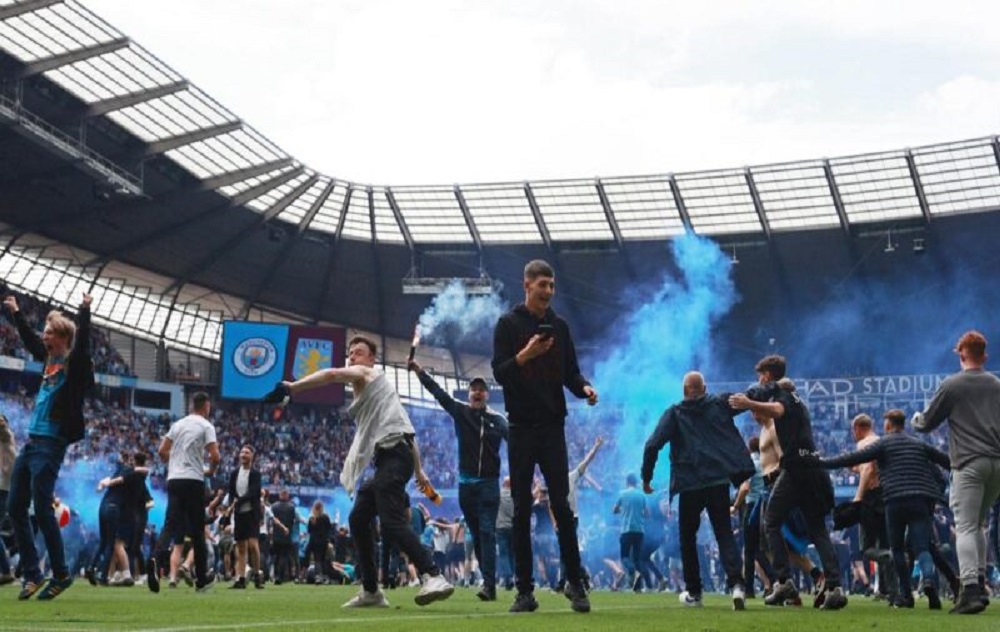 Manchester City have been fined £260,000 by the Football Association for a pitch invasion at Etihad Stadium following their Premier League title win last season.

Fans stormed the pitch to celebrate after City beat Aston Villa 3-2 on the final day in May to seal the title.

Aston Villa keeper Robin Olsen was assaulted during the disorder, while a crossbar was broken.

Greater Manchester Police also charged two men following the pitch invasion for throwing a pyrotechnic onto the pitch and going onto the field.

An official statement from the governing body released on Friday afternoon read:

“Manchester City has been fined £260,000 and warned about its future conduct for breaching FA Rule E20 after a Premier League game against Aston Villa FC on Sunday 22 May 2022.”

“The club admitted that it failed to ensure its spectators – and all those purporting to be its supporters or followers – conducted themselves in an orderly fashion and refrained from using threatening and violent behaviour while encroaching onto the pitch after the final whistle.

“An independent Regulatory Commission imposed these sanctions during a subsequent hearing and its written reasons for them will be published in due course.”