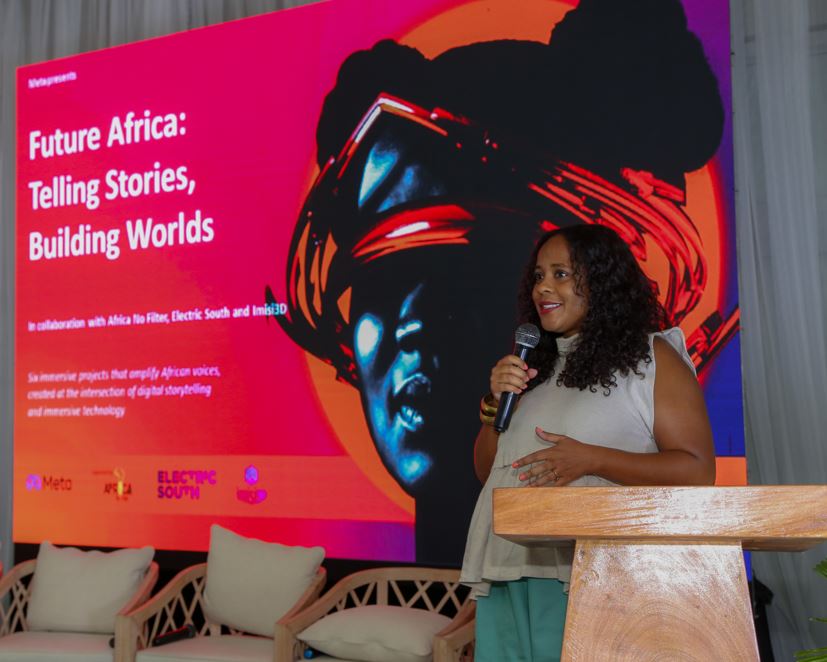 Meta has unveiled an exclusive XR exhibition featuring the six finalists from the ‘Future Africa: Telling Stories, Building Worlds’programme, focused on supporting the next generation of Extended Reality (XR) creators in Africa. Developed in partnership with Africa No Filter, Electric South and Imisi 3D this forms part of Meta’s XR Programs and Research investment into XR talents across Africa.

With a focus on owning and shifting the African narrative, whilst telling compelling African stories that are contemporary and immersive, the finalists have developed a range of immersive digital experiences rooted in African culture across various media formats including 360 video, AR/VR and Mixed Reality.

The experiences showcased include:

●        Malik Afegbua, Nigeria: Malik’s ‘Moving Between’ is a 360 documentary that presents a virtual heritage experience of the Kofar-Mata dye pit, a cultural and historical site in Kano, Nigeria, by showcasing it in a three-dimensional virtual reality model. In a 5-minutes immersive experience, a deaf dancer takes the audience on a tour through the historic Kofar-Mata dye pits, using sign language instructions and dance.

●        Xabiso Vili, South Africa: A writer, performer and new media artist, Xabiso’s ‘Black Boi meets Boogeyman’ is a multi-ending, ‘choose your adventure’ style 360° visual album. A speculative fiction piece where Black Boi, our protagonist, goes on a hero’s journey through a South Africa that needs reminding of its light to confront the Boogeyman. This 360 visual album hopes to become an access point in which artists and communities can imagine using XR artistically and intentionally for communal healing.

●        Dylan Valley, South Africa: Dylan’s Cissie Gool House is a 360 documentary about a precarious housing occupation in a new Cape Town hospital. This 360 documentary will immerse the viewer in the occupation as if they were partaking in reclaiming the building. The film will showcase the voices of the activists and occupiers who call Cissie Gool House home and speak to those who would rather have them gone. The medium of VR will allow for greater empathy for these characters (often demonised in the press). It will impart a deeper understanding of what it means to occupy, especially when it is the only viable option you have.

●        Nirma Madhoo, Mauritius: A fashion filmmaker, XR creator and Ph.D. candidate. Nirma’s ‘XWE,’ 360 fashion film using volumetric capture and photogrammetry is a tribute to the original stargazers of Southern Africa. It will celebrate the constellations of dispersed diasporic African identities through a Noirwave fashion performance set in a VR landscape of astrophysics.

●        Pierre-Christophe Gam, Cameroon: Pierre is a multimedia artist who worked on ‘TOGUNA’, a hybrid (both live and online) Art installation, fusing AR/VR, film, photography, mixed-media sculpture, future-thinking and storytelling, designed to facilitate a forum for an innovative conversation on the future of the African continent. This provides a WebVR experience using AR.

●        Michelle Angawa, Kenya: A film editor and XR creator, Michelle’s ‘1000 Shillings in Nairobi,’ a 360 fiction film is a short tragicomedy depicting a day in a Nairobian Boda rider’s life. He drifts through a series of absurd encounters in an attempt to pay a motorbike loan of KSH 1000 ($10).

Sherry Dzinoreva, Meta’s Public Policy Programs Director, Africa, Middle East, and Turkey, said: “As the next phase of this programme, we’re delighted to be unveiling this specially curated exhibition featuring the work of six talented creators from across the continent, all of whom have created beautiful, thought-provoking African stories and experiences using immersive technology.

“We know that Africa holds immense talent, which we see reflected in the experiences curated, and as we set our sights on the metaverse, we believe creators, especially those on the continent, will play a key role in unlocking its potential.”

Commenting on the ‘Future Africa: Telling Stories, Building Worlds’ programme, Moky Makura, Executive Director, Africa No Filter added “We know the power stories have when it comes to influencing and shaping perceptions about Africa.

“That power is amplified when those stories are immersive and that is what today’s technologies offer storytellers. It’s exciting to be part of an initiative that has allowed us to tap into the future of storytelling in Africa.