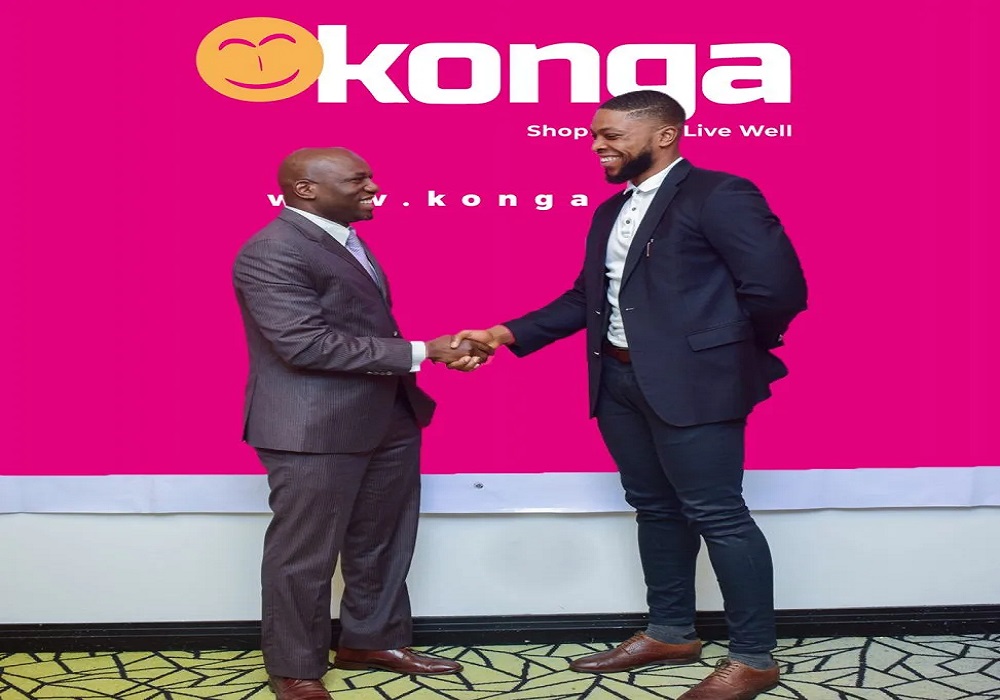 Nick Imudia, Co-Chief Executive Officer (CEO) at Konga, Nigeria’s leading composite e-commerce giant, is set to stand down from the role at the end of September 2022, after a successful term as agreed with the Board of Konga Group while Prince Ekeh, his Co–CEO who just completed his MBA from University of Oxford, England is expected to take charge.

Imudia, a highly respected international corporate guru alongside Prince Ekeh, a serial digital entrepreneur and founder of Yudala.com, the first composite e-commerce platform in Africa, are responsible for what industry watchers have described as a tech miracle.

They turned Konga around from an almost dead company into profitability within four years and launched other strategic verticals like Konga Logistics – a digital logistics company, Konga offline retail chain, KongaPay, a CBN-licensed fintech company, Konga Travel, Konga Health and Konga Food, among others.

Mr. Imudia joined the firm in 2018 with the acquisition of the e-commerce giant from previous majority owners, South African-headquartered Naspers and Swedish-based AB Kinnevik. The cerebral Imudia is understood to have played a significant role in the transformation of Konga into arguably Nigeria’s most trusted e-commerce brand and the first in Africa to achieve profitability, despite being on the verge of exiting the market at the time of acquisition.

Before joining Konga as strategic partner and Co-CEO, he was the Regional Director of TCL/Alcatel for two years. Imudia was also the Managing Director of Nokia West where he served in various capacities for over 17 years. A man with a global presence, he has lived in USA, Finland and Singapore where he was celebrated for his expertise in capability development, operational excellence, systems analysis and process management, among others

Prince Ekeh is now expected to lead Konga with new restructured Executive Management team of tested first class professionals into the next phase of its expansion. Konga is expected to make in-roads into other African markets after achieving a measure of industry relevance, acceptance and market leadership in Nigeria.

An Economics graduate and fintech guru, Prince Ekeh has acquired huge experience belying his age. His business management skills and keen understanding of retail have equally contributed to driving Konga to the zenith of the e-Commerce sector in Nigeria.

A multiple award winner, Prince Ekeh pioneered the first composite e-commerce company in Africa and launched the first drone delivery in the e-commerce world, as well as the first Online/Offline technology-driven edition of the globally renowned Black Friday edition in Africa.

Konga has earned corporate respect as an innovative and ethical e-commerce group widely trusted by millions of Nigerians.