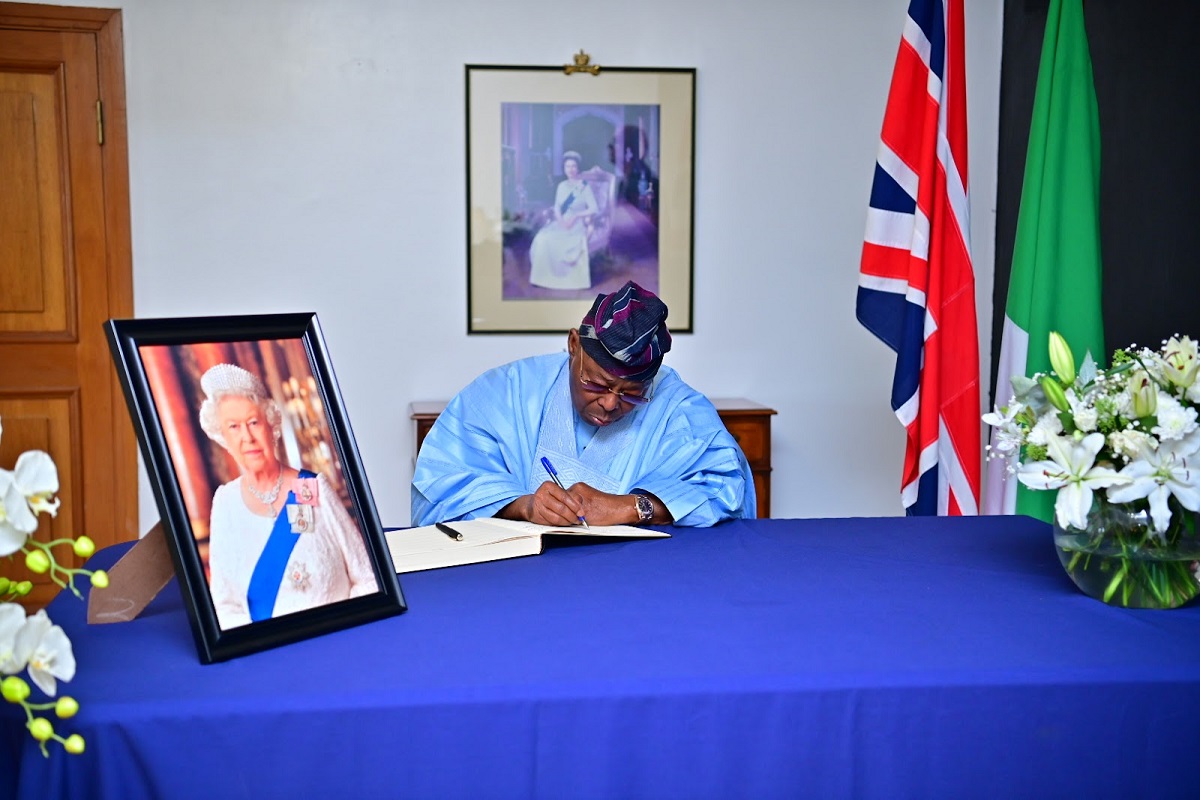 Oba Otudeko, who was in the company of senior HGL executives, signed the condolence register at the British High Commission in Ikoyi, Lagos.

“Queen Elizabeth served her people well for over 70 years and lived an exemplary life with utmost grace, elegance and dignity. She will be remembered for her exceptional leadership,” Otudeko said.

The British Deputy High Commissioner, Ben Llewellyn-Jones, also spoke of the Queen’s humorous nature and her life of service to humanity.

“She was one who cared for people and always looked after the wellbeing of others,” he added.

Otudeko and Llewellyn-Jones also spoke on the Queen’s global influence and the common interests of Nigeria and the United Kingdom.