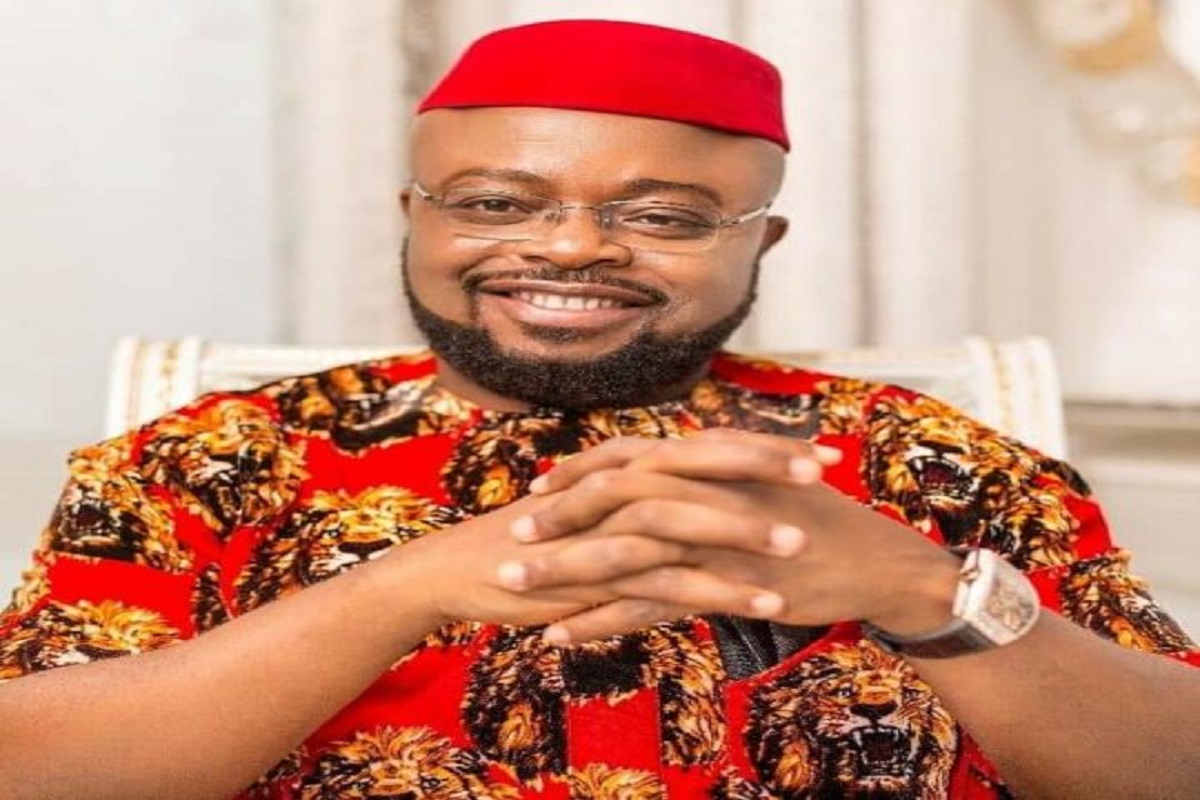 Supporters of Dr Ifeanyi Odii, the Ebonyi PDP governorship candidate for the 2023 election have hailed the Supreme Court judgment affirming his victory as the validly elected candidate of the party.

The News Agency of Nigeria (NAN) reports that the Apex court on Wednesday in Abuja in a unanimous decision, upheld the Ebonyi PDP governorship primary election of May 28 and 29, won by Odili.

Odili’s supporters who spoke to NAN in Abakaliki, the Ebonyi capital, on Wednesday, described the judgment as a welcomed development to the state.

Mr Amuche Okoh,, a supporter, said that the judgment was for the good people of Ebonyi and for the development of democracy in the country.

Okoh said that Odii, popularly known as “AnyiChuks,” was a man of the people and a man with a good heart that could take Ebonyi to the top level.

“Anyichuks has laid solid foundations in various human endervours, especially in the areas of economic development and human empowerment among others.

Another supporter, Sunday Nwankwo, told NAN that with Odili as Governor, if elected, Ebonyi people would smile again

Nwankwo lauded the apex court’s decision, noting that he would continually stand with Odii come 2023.

“This is the man that Ebonyi people need as Governor and I thank God that it has come to stand. Congratulations to him and the state,” he Said.

Chika Nwoba, the State Publicity Secretary, of the PDP, said that the victory was not only for PDP particular but for the people of the state generally.

Nwoba urged party members, supporters and the general public to see the victory as the first step in the journey towards restoring Ebonyi to the path of good governance that the party had always given since 1999.

“We thank the teeming supporters and members of PDP for the high level of leniency which they kept throughout the moments of the litigations,” he added.

NAN reports that after the judgment, Odii called on all the party’s faithful in the state to unite together to win in the state.

Odii, who spoke to newsmen, described the judgment as a welcomed development to the state’s chapter of the party.

He said he would reach out to every PDP leader including all aggrieved members, on how to chart a new way forward.

“Today is a great day to us as PDP family. The victory goes to PDP as one family.

“I will be reaching out to every party leader, my fellow party faithful on how we will win the 2023 election,” he said.

Odii, who said that the issue of factional crisis in the party had finally been put to a rest, said it was time members went back to the drawing board on how to move the party forward.

He, therefore, called on all aggrieved members to sheathe their sword so that the party could successfully wrestle power from the ruling party.

He described judiciary as the last hope of the common man.

“I have always hoped that it is the only place to reclaim my mandate,” he said.

Speaking on the 2023 poll, he said: “Ebonyi is a PDP state. The battle may look so fierce but PDP is the winning party.”

NAN reports that Justice Lawal Garba, in a lead judgment of a five-member panel, held that Ogba, who currently represents Ebonyi Central Senatorial Zone, lacked legal right to have filed an appeal in the court below.

He said the Abuja Court of Appeal lacked the jurisdiction to have entertained the suit in the first instance since Ogba was not a party in the entire proceedings conducted by the trial court (a Federal High Court sitting in Abakaliki).

The judge said that the entire proceedings conducted by the appellant court was found to be without jurisdiction, describing it as an exercise in futility.

NAN reports that Mr Odii and Sen. Ogba were engaged in a legal battle over who was validly elected as the party’s candidate for the 2023 poll in the party’s primaries that took place at different occasions in the state.

NAN reports that the Court of Appeal sitting in Abuja had, recently, declared Ogba as the governorship candidate of the party in the state, while setting aside the judgment of the trial court sitting in Abakaliki that pronounced Odii as PDP candidate.

But Odii, unsatisfied with the court decision, filed an appeal marked: SC/CV/939/2022 at the apex court.

In the suit, Odii sued Ogba, PDP and the Independent National Electoral Commission (INEC) as 1st to 3rd respondent. (NAN)