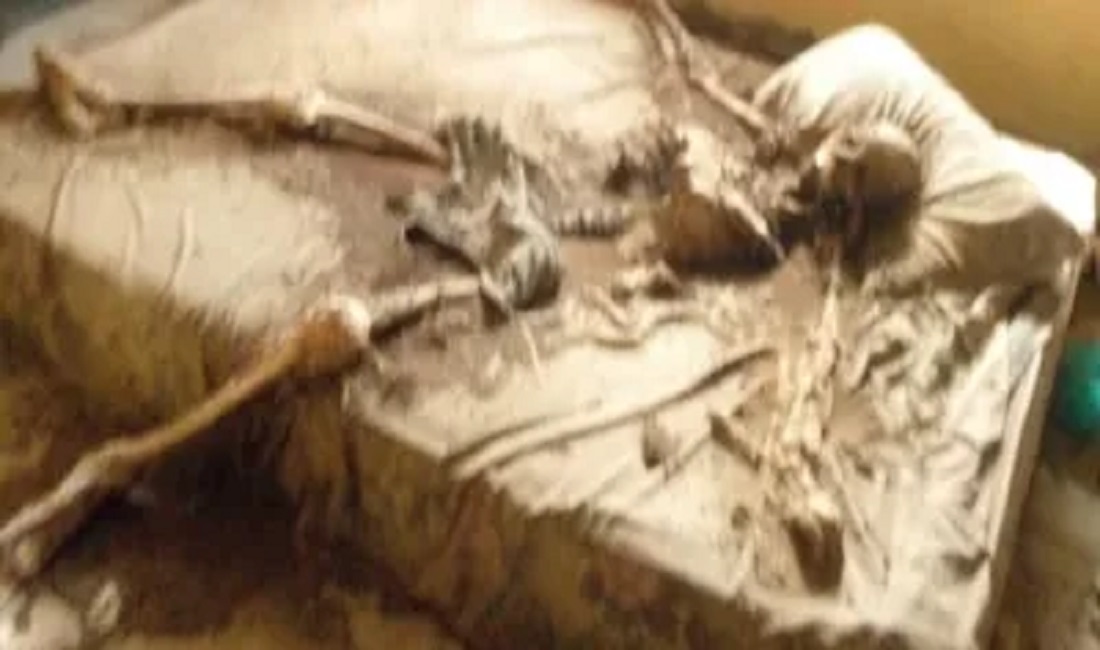 The Police Command in Oyo State says the State Criminal Investigation Department (CID) is handling the investigation of the decomposing body of a landlord found in his bedroom at Awotan, Apete area of Ibadan.

It is recalled that skeleton of the landlord later identified as Aderemi Abiola was discovered in his bedroom by some residents of Awotan community after long period of searching for him.

The decayed body was found glued to his beddings lying upward.

The News Agency of Nigeria (NAN) gathered from the residents of the community that the deceased was last seen four years ago.

It also gathered that the late Abiola used to come to Ibadan occasionally from Abuja and did not relate with the neighbours.

Commenting, the Police Public Relations Officer in Oyo State, SP Adewale Osifeso, said that the state Commissioner of Police, Adebowale William, had deployed a team of crime and forensic detectives to the residence of the deceased.

Osifeso said that the CP had also directed the immediate transfer of the case to the command’s apex investigation body, the State Criminal Investigation Department (SCID), to ascertain the cause of the death.

He said that the scene of the incident had since been cordoned off in the interest of public health and safety to enable the detectives carry out comprehensive investigation.

Osifeso said that the command became aware of the incident when representatives from the Landlord Association of Idi-Orogbo, Adeosun, Life Forte Area, Awotan, Apete in Ibadan reported the case to the command.

He said that preliminary findings from residents and the driver licence found in his wallet revealed identity of the deceased as Aderemi Abiola.

The police spokesperson said that the investigation revealed that the deceased was last seen around 2018, four years ago, which was corroborated by his family members.

According to Osifeso, the CP called on well-meaning members of the public for assistance regarding the provision of useful information about the incident.

He said the case would be actively monitored, assuring the public that detailed updates would be provided.

Recall that people of Awotan community became aware of the incident while clearing the bushy compound of the deceased, after seeking permission from the police to break into the compound.

It was the labourers employed to clear the compound who noticed that window of one of rooms was opened and decided to peep into it, only to discover a totally decomposed body of the deceased. (NAN)