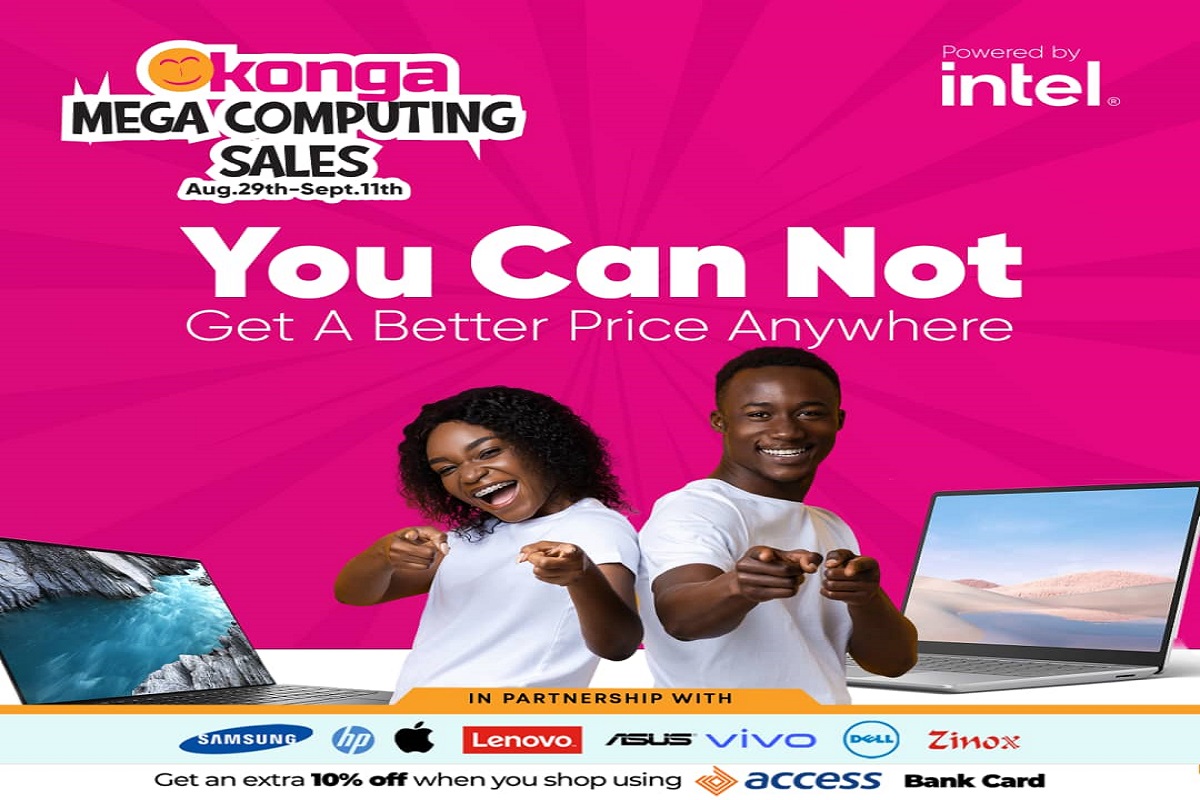 A huge surge has been recorded among bargain-hungry shoppers as Konga, Nigeria’s leading composite e-commerce giant, prepares to draw the curtains on its widely popular Mega Computing Sales.

The promotion, a two-week-long sales fiesta offering best deals and unmatched discounts on a variety of computing products, has generated significant excitement among shoppers, including students and their parents, as well as educational institutions, especially with the commencement of a new academic session across Nigeria.

Also, several business owners and corporate organisations have equally benefitted from the mouthwatering offers. Orders can be placed directly here: https://bit.ly/3QrGDNG or in any Konga retail store nationwide.

The Konga Mega Computing Sales, which commenced on Monday, August 29 comes to an end on Sunday, September 11, 2022.

Insights received from highly placed sources at Konga, however, reveal that, as the e-commerce giant looks set to round off the promotion this Sunday, multiple unsuccessful requests have been received from customers for an extension to the closing date of the promotion – a development that has contributed to the last-minute rush currently being witnessed among shoppers.

With the management of Konga committing to refund customers the difference in price if they find a cheaper or more competitive price for same genuine products in any channel in Africa, the promotion has seen customers throng the platform to get their hands on the massive discounts available.

Feelers indicate that, in addition to the recent spike in orders placed online, the majority of Konga stores across Nigeria have also recorded increased visits from shoppers, many of whom are desirous of taking advantage of the offers before the window closes on Sunday.

Among the products that have received huge interest since the Konga Mega Computing Sales kicked off are laptop PCs, with a large slice of the orders coming understandably from new and returning students, as well as bulk sales to corporates. Desktop computers, printers and supplies and assorted computing accessories have also been in high demand.

The promotion is powered by Intel and supported by HP, Samsung, Lenovo, ASUS, Dell and Zinox, among others.