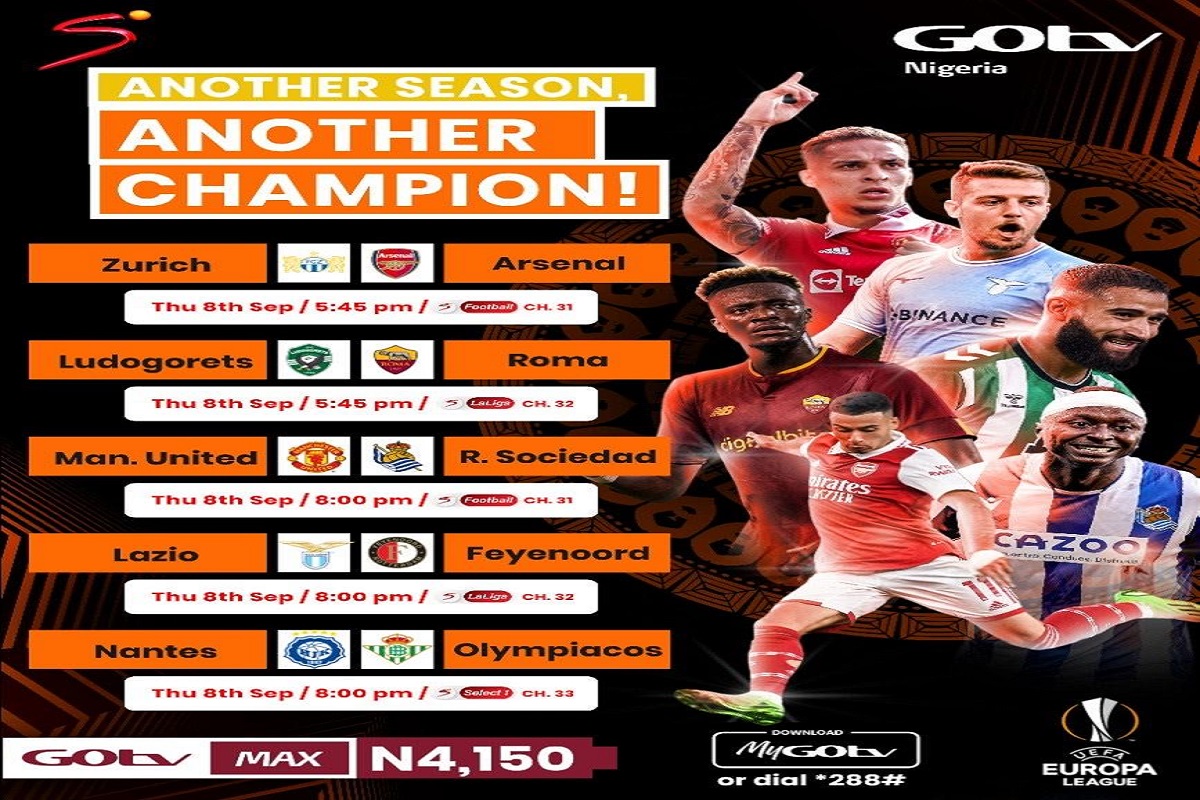 The Red Devils will host the visitors at the Old Trafford Stadium for their opening game of the 2022/23 group stage round. The clash will air on SuperSport Premier League (channel 202) and GO Football (channel 31) at 8:00pm.

While reacting to the group stage draws held on August 26, United’s manager, Erik Ten Hag was full of praise for the Basque team. He said, “Europe is always something special and you don’t know your opponents that well.”

“Real Sociedad are a really great club in Spain, now sixth in the league, and I saw them, coincidentally, play at the weekend against Barcelona and they competed really well so they will be tough opponents,” he added.

The two teams last faced each other in April 2021 at the quarter finals stage of the 2020/21 edition of the competition. Manchester United scaled through the round having won both legs on 6-0 aggregate score.

Another English giant in the competition, Arsenal will be travelling to Switzerland to challenge Zurich FC, as the Gunners begin their quest for European glory after a one-year absence. The match will be broadcast on SuperSport Premier League (channel 202) and GO Football (channel 31) at 5:45pm.

Manager Mikel Arteta is poised to field a strong team for the competition and emerge leaders of the group that includes PSV Eindhoven and Bodo/Glimt. The Spaniard views the Europa League as a route to the Champions League because his team have failed to make the competition since 2017 amid intense competition in the Premier League.

Customers can also dial *288# to recharge