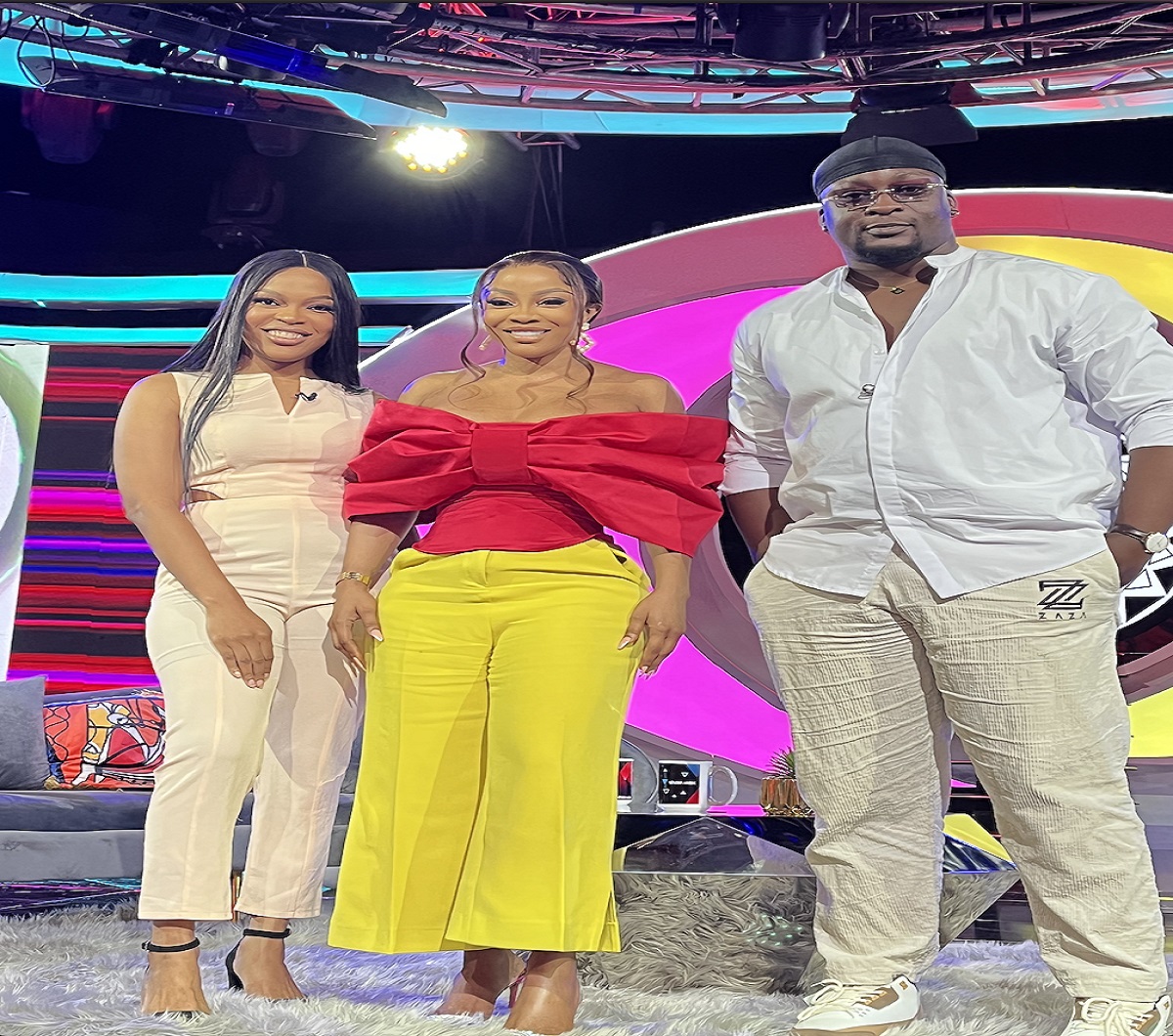 From the juiciest content that happened in Biggie’s house during the week to the tension in the house to Amaka’s surprise eviction and Big Brother’s unending twists, Toke Makinwa and her guests had so much to unpack on this week’s episode of Shomwax’s The Buzz.

In this episode, she was joined by YouTuber Anita Iheze,  Legal Practitioner and Content Creator Ajibola Grey.

They started by talking about Amaka’s surprise eviction. Anita said it didn’t make sense, while Toke said she was still waiting for Biggie to call her back and say that it was a fake eviction. They moved on to talk about Dotun’s reign as head of house. Anita said that if he didn’t win HOH, he would have gone home and that she’s not exactly feeling him. With regards to the growing ship between him and Daniella, they don’t think it’s cool in any way.

Speaking more on the ships in the house, Ajibola says that he doesn’t think that Allysyn can handle Hermes outside the house. On Sheggz and Bella’s relationship, they all chorused that they all liked it in the beginning, but right now it’s just toxic, and Sheggz was being manipulative.

Toke went on to say that Sheggz’s intention might be right, but his words don’t match. They also agreed that Bella isn’t a saint as she can be rude and condescending herself.

Talking about Doyin’s conversations with the housemates, they all believe she’s strategic, and the rest of the house thinks she’s doing too much because she is not with people as emotionally sound as her.

On strong personalities in the house, Ajibola seems to think that Allysyn and Doyin are the smartest ladies in the house. Toke also thinks that Bella would have been really smart if not for her ship,  but they all don’t agree.

This episode is a must-watch because the guests kept the juicy details coming, and we absolutely loved every bit of it.

The Buzz is exclusive to Showmax. Brand new episodes air on Tuesdays and Saturdays at 7 pm. Visit www.showmax.com or dial *447*2*2# from an MTN line to subscribe for Showmax mobile for as low as ₦1,200 to stay up to date on the drama from the BBNaija Level Up season.