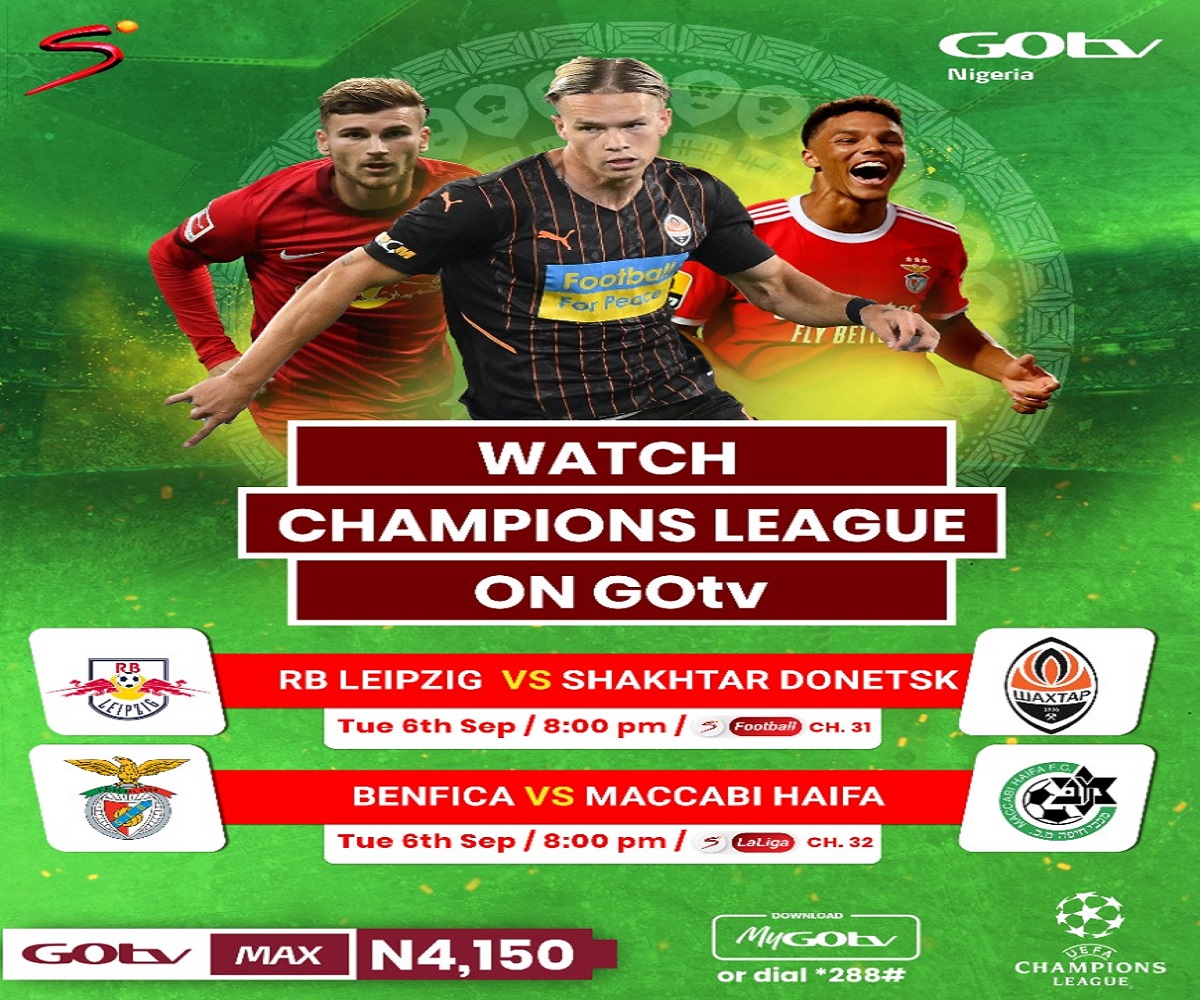 The Group F UEFA Champions League group stage tie between RB Leipzig and Shakhtar Donetsk will be live on SuperSport for DStv and GOtv customers.

The game which will be played at the Red Bull Arena will see the Bundesliga team host the Ukrainians for the opening game of the group for the 2022/23 season of Europe’s prestigious competition.

Leipzig has had a sloppy start to their league campaign, but they cannot afford to replicate their poor domestic form in Europe because the stakes are higher. The team will be without Danish forward Yusuff Poulsen, Spanish midfielder, Dani Olmo and  German defender, lukas klostermann for this match as they are injured.

This clash showing tonight on SuperSport Football and GO Football at 8:00pm will kick-off six rounds of matches against other members of the group including reigning champions, Real Madrid and Scottish Champions, Celtic. The group stages will be wrapped up in November before the commencement of the FIFA World Cup.

On Wednesday, the group H tie between Benfica and Macabbi Tel Aviv will be live on SuperSport La Liga and GO Football at 8:00pm. Both teams breezed past the Champions League qualifying rounds to secure their slots in the prestigious competition.

However, they face an uphill task of challenging Paris Saint Germain and Juventus for a chance to compete at the round 16 of the competition next year.

Customers can also dial *288# to recharge.