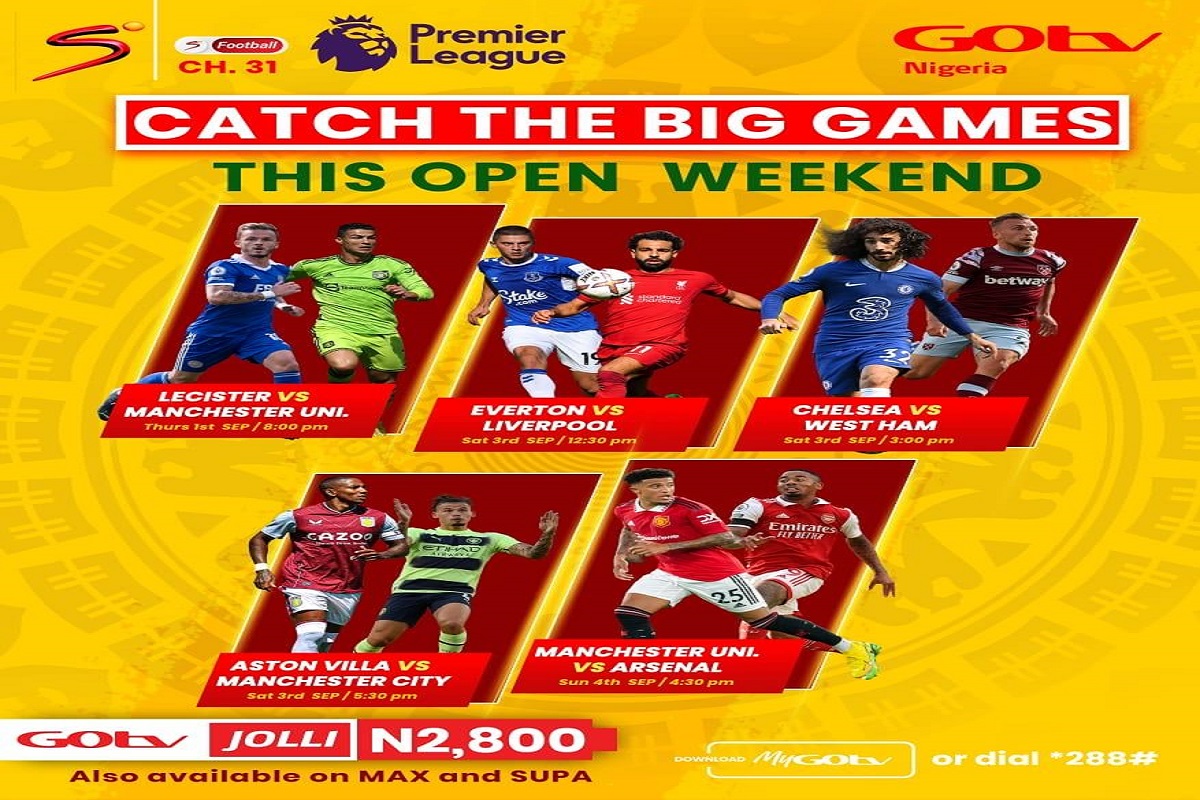 SuperSport viewers on DStv and GOtv can look forward to live action from match day five of the 2022/23 English Premier League as the open sporting weekend continues.

The action begins with the Merseyside Derby between Everton and Liverpool on Saturday at the Goodison Park. The tie which will be showing on SuperSport Premier League (DStv channel 203) and SuperSport Football (GOtv channel 31) at 12:30pm will see the Toffees chase their first win of the season against The Reds.

Struggling giant, Chelsea, will play host to its London neighbour, Westham United, on Sunday. The Stamford Bridge clash showing on SuperSport Premier League (DStv channel 203) and SuperSport Football (GOtv channel 31) at 3:00pm is a must-win for The Blues if they are keen to get their title hopes back on track.

Old Trafford is the venue for the clash of titans between a resurging Manchester United and an unbeaten Arsenal. After defeating Leicester City on Thursday, the Red Devils recorded a third successive win in the Premier League for the first time since April 2021. However, they will be up against the in-form Gunners currently sitting at the top of the league table.

The result of this match may determine the shape of the league table in the long run. It will be showing on SuperSport Premier League (DStv channel 203) and SuperSport Football (GOtv channel 31) at 4:30pm.

This weekend will also feature a Serie A rumble between city rivals, AC Milan and Inter Milan, at the San Siro. Inter Milan currently sits third on the league table with just one point ahead of AC Milan, but the reigning champions find themselves placed sixth on the table.

Customers can also dial *288# to recharge.