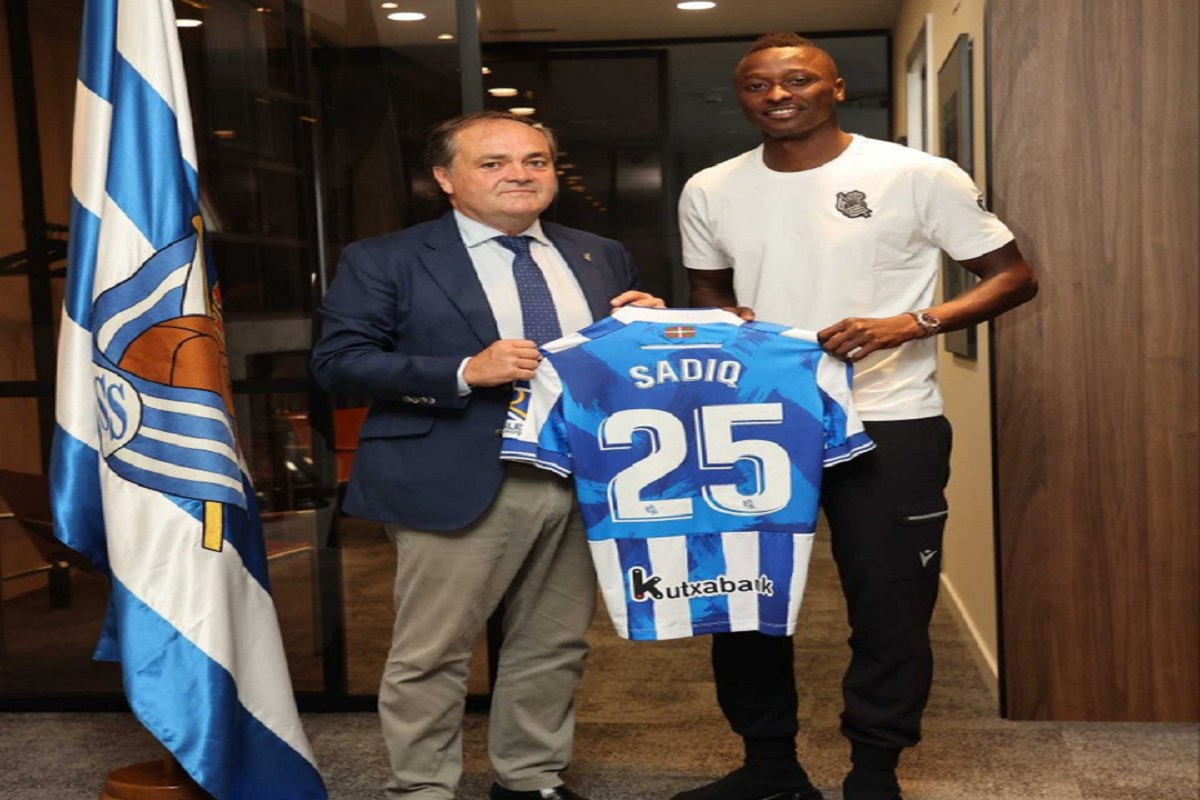 The 25-year-old Nigerian penned a six-year contract that will see him play at the Anoeta Stadium until 2028.

He reportedly joined Sociedad for €20m plus €6m add-ons. Umar will also be wearing jersey number 25.

“The player arrived this morning in San Sebastian where he passed his medical at Policlínica Gipuzkoa. The new Txuri Urdin player signed his new contract in the afternoon.

Overall, he recorded 43 goals and 19 assists in 84 games across all competitions for Almeria.

In this article:Real Sociedad, Sadiq Umar