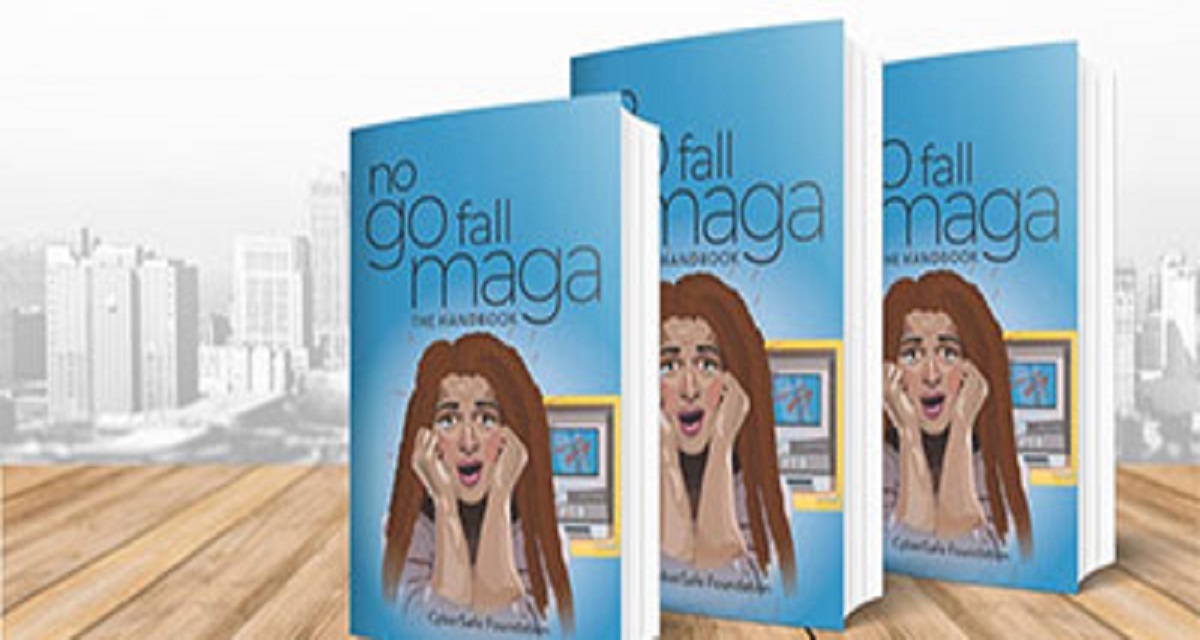 NoGoFallMaga (NGFM), a campaign instituted by the CyberSafe Foundation has released its first Investment Scam handbook through its Community platform.

Released on August 12 to align with this year’s World Youth Day, the Investment scam Handbook is an essential tool that would protect individuals and businesses from investment scams. It provides an in-depth look at the warning signs of Ponzi scams and offers tips on how to stay safe. The objective is for the handbook to continuously educate people on these cyber crime tactics.

The timely release of the Handbook is to align with the theme for this year’s World Youth Day, which is ‘Intergenerational Solidarity’; and the NGFM community wants to encourage people, especially the youth to show solidarity with other generations by educating them about the danger of investment scams.

Since youths are the most active online, more conversant with emerging technologies and energetic, the onus is on them to act as a sort of intergenerational stop gap, protecting other generations from the nefarious activities of fraudsters.

The CyberSafe Foundation’s NoGoFallMaga (NGFM) Community is a group of online security experts who are set to help people protect their money, assets, and identities online. The cybersecurity community is an initiative of CyberSafe Foundation, an NGO strategically positioned and, on a mission, to ensure inclusive and safe digital access in Africa.

NGFM has 142 active Volunteers and has uncovered and exposed over 20 Ponzi Schemes in Nigeria alone. Also they’ve helped SMEs, the aged and people at large by bringing awareness about these schemes.

The Security and Exchange Commission (SEC) in a recent statement had stated that “Ponzi schemes have undermined the reputation of the capital market and dampened investors’ confidence”, a major issue which is affecting the country’s capital market.

According to a study by Norrenberger Financial Investments Scheme, Nigeria has lost more than N300 billion to pyramid schemes over five years.

It is interesting to know that the first Ponzi scheme was created by Charles Ponzi in 1920. He promised investors a 50% return on their investment in just 45 days. And it worked for a while. But eventually, the scheme collapsed, leaving investors with nothing. And history has repeated itself over and over again since then.

The NogoFallMaga community, whose primary focus is on digital fraud, has intervened in several cybersecurity cases across the country and had in the past exposed a fake Job Syndicate impersonating the United Nations online.

NoGoFallMaga Community Manager, Enyinna Abazie revealed what the Community has achieved over the years, which includes the release of “The Phishing Handbook” and “The book of scams” to tackle various segments of scams in the country.

According to him: “Our biggest Ponzi burst so far was getting involved with the “Intelligence Prime Capital Scam.”  The said organization claimed to have a trading bot which used Artificial Intelligence to make a steady stream of profit. Investor-victims were also asked to recruit others into the scheme to earn more.

He further said, “a few months after our investigation, and saving countless numbers from joining the scheme, the perpetrators performed an exit scam and disappeared with the funds of investors. Ponzi schemes tend to go undetected for years, and by the time they’re exposed, it’s often too late”.