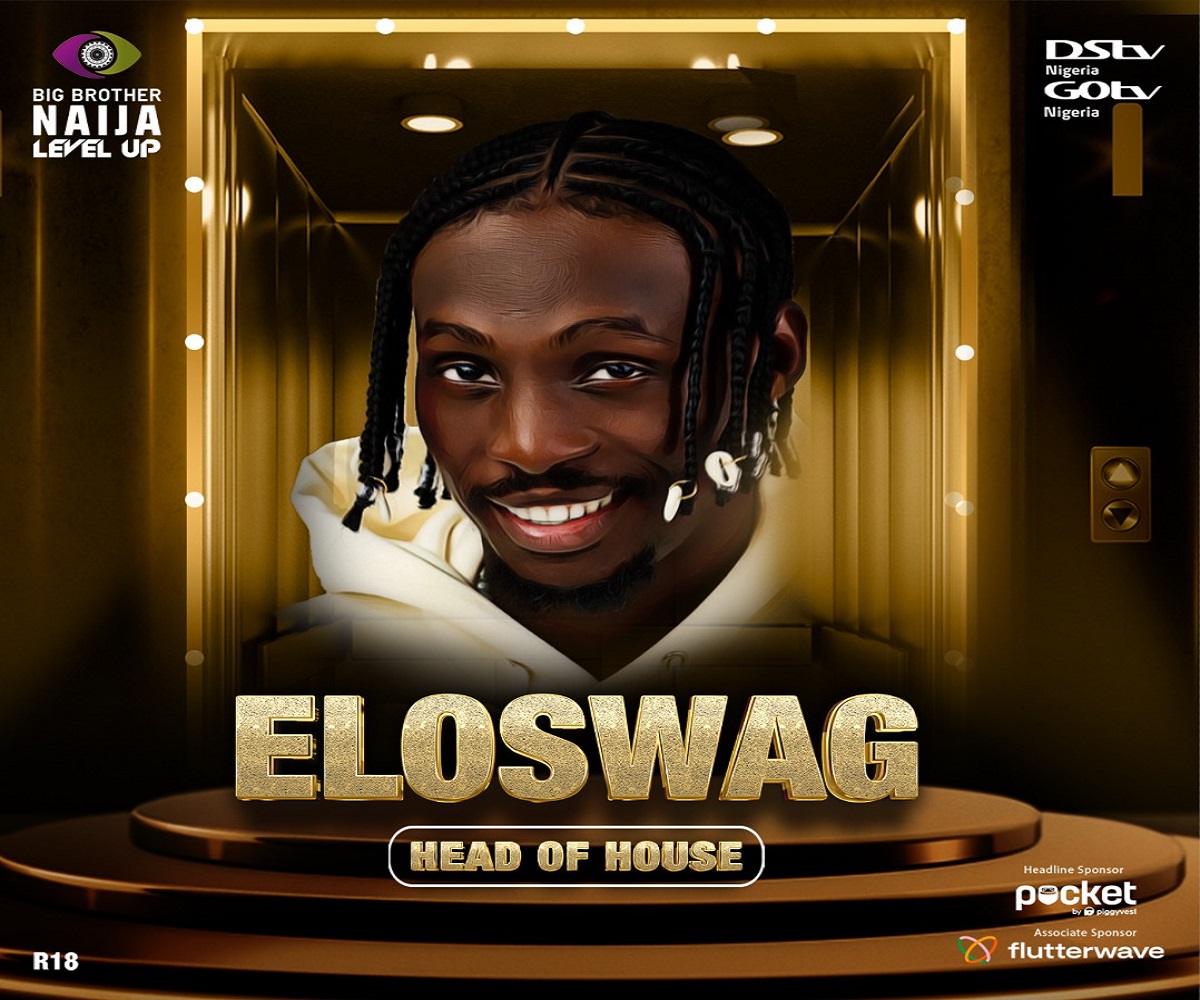 The mood for the fourth Head of House games varied across both levels. While Level 1 housemates seemed a bit relaxed for the upcoming challenge, for good reasons, Level 2 housemates were on the tense side of the spectrum.

In line with the head of games tradition, all the housemates except the incumbent HoH, Adekunle, participated in the games. As usual, only the top three housemates from the first game would participate in the second and final challenge, while the worst performer from the first game, as determined by Big Brother, will be crowned the tail of the house with rewards announced later.

The first game got underway, and the challenge was to fix a jigsaw puzzle within seven minutes. Each participant was assigned a table bearing their name and a cup with pieces of the puzzle. To help with the puzzle, Biggie provided a picture of the correct puzzle on the floor beside them. The housemates were only allowed to go to the reference picture as often as possible but not touch it.

If there were no winners at the end of the seven minutes, Biggie would choose the participants closest to the correct order of the puzzle to proceed to the next challenge.

Bryann, Daniella, Diana, Hermes, PharmSavi, and Eloswag were determined by Big Brother to have the closest resemblance to the reference picture, while Deji was disqualified. They were given one minute to complete their puzzles and indicate with the pink paper when they were done.

Eloswag, Hermes, and Bryann completed the puzzle and qualified for the next game to determine the number of broomsticks in a bunch given to each housemate.

Timed at two minutes only, each participant could either count or guess the number of the sticks. Whatever number they guessed or counted was to be written on the paper beside them.

The housemate with the most accurate number would be declared the winner of the challenge. Similar to the first game, the buzzer indicated the start and end of the game. At the sound of the second buzzer, each player revealed their numbers. Eloswag guessed 390, Bryann wrote 105, while Hermes wrote down 260.

Ninjas revealed the number of sticks written in the envelope as 450. The housemate with the closest guess was Eloswag, who was declared the winner of the game and the new Head of House. He was allotted 30 minutes to come up with housemates for possible eviction. After some deliberation with his level mates, followed by a tension-soaked wait at the Level 2 house, Eloswag announced Chizzy, Daniella, Kess, Modella, PharmSavi, Amaka, and Groovy as his nominees for possible eviction this coming Sunday, giving a new twist to the usual five eviction nominees.

With these Level 2 housemates up for eviction, only the fans and the audience can save them from leaving the Big Brother house. Voting is officially open on the Africa Magic website, mobile site and via the MyDStv and MyGOtv apps and will close Thursday at 9 pm WAT.