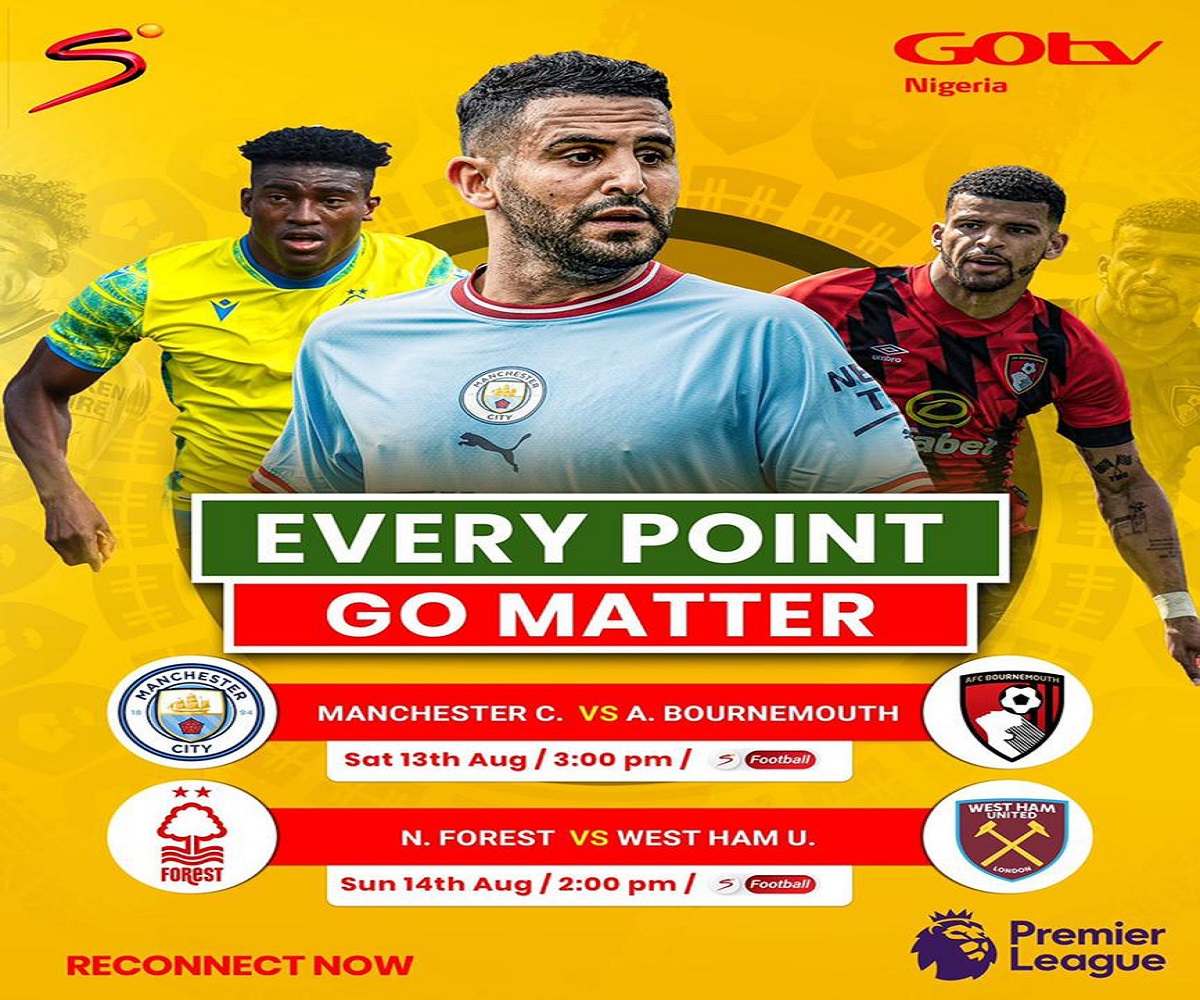 Reigning Champion, Manchester City, will welcome newly promoted Bournemouth to the Etihad Stadium this weekend for Matchday 2 of the 2022/23 English Premier League season.

The tie is set to broadcast this Saturday at 3:00pm on SuperSport Premier League (DStv channel 203) and Go Football (GOtv channel 31).

Pep Guardiola’s team got off to a bright start in the opening match against Westham courtesy of new signing Erling Halaand’s brace and they will be hoping to sustain their winning momentum against The Cherries managed by Scott Parker.

Guardiola has led The Citizens to four Premier League titles in the last five years and will be keen to guide them to another Premier League title this season and follow the footsteps of Manchester United’s Sir Alex Ferguson who won three titles consecutively on two occasions.

On the other hand, Bournemouth also got off to a new era in the Premier League under Parker by defeating big spending Aston Villa, but Manchester City is a better opponent than Steven Gerrard’s team was and they will have to pull off a good fight.

Meanwhile, the Spanish La Liga will officially commence this weekend. SuperSport viewers on DStv and GOtv can watch live action on their decoders.

This Saturday, Barcelona will begin their quest to end their three-year La Liga drought by paying a visit to Cadiz. Xavi Hernandez will be hoping to see his team avoid another poor start to the season and become contenders for the league.  This match is showing at 5:30pm on SS LaLiga Channel (DStv Channel 204 and GOtv Channel 32).

On Sunday, Champions Real Madrid will begin their title defence by playing host to Mallorca at the Santiago Bernabeu stadium. This match is showing at 8:30pm on SS LaLiga Channel (DStv Channel 204 and GOtv Channel 32).

To enjoy the new football season, customers can download the MyDStv and GOtv apps to subscribe or upgrade or set up Auto-Renewal to stay connected without interruptions. Customers can also dial *288# to recharge.