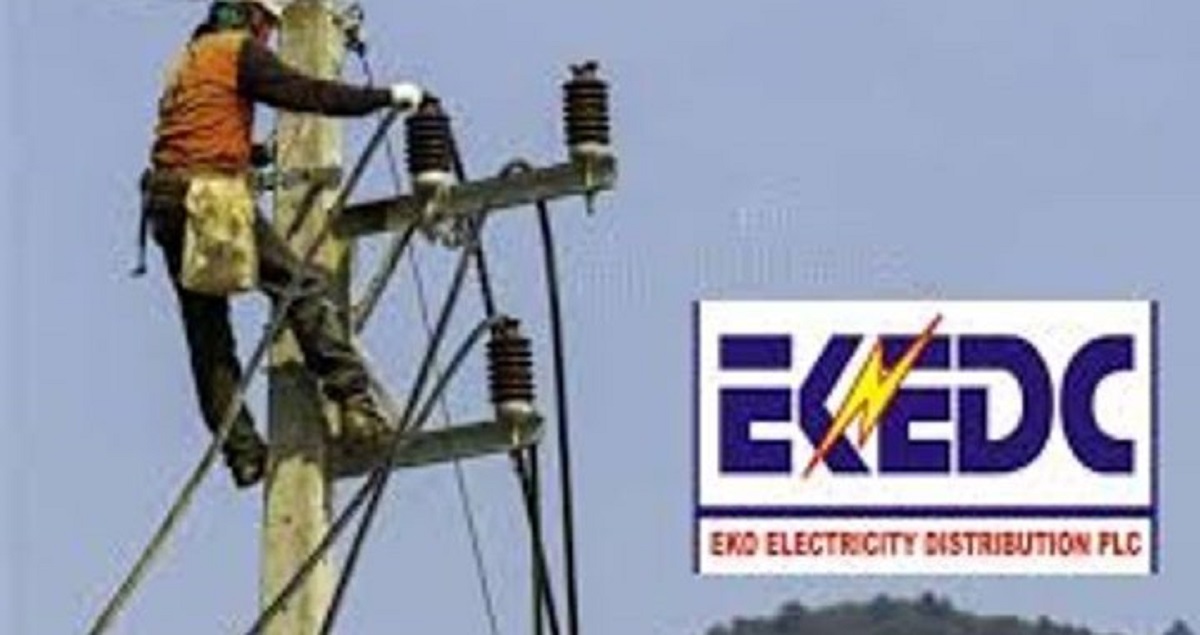 The management of Eko Electricity Distribution Company (EKEDC) says it will roll out a 72-hour mobile metering exercise for its customers in Badagry and Agbara communities on Sept.1.

Sanda, represented by the Chief Commercial Officer, Mrs Rekhiat Momoh, said the aim of the exercise was to give opportunity to those that were having challenges with estimated billing.

“From the first week, our staff will be at the district office in Agbara, welcoming issues on metering, and any customer that wants to get the meter will first register online.

“Then, our staff, who will be on ground, will follow them to their houses to know if the building will use one or three phase meter.

“This is done under the Meter Asset Provider (MAP) scheme, and they will get their prepaid meters within 72 hours,” she assured.

According to her, the initiative is to support the existing online process of acquiring prepaid meters by customers under the MAP scheme.

“We have done this scheme successfully in Festac and Ibeju Lekki, by the grace of God, Agbara district will start in first week of September”, she said

On the motive behind the forum, Sanda said they had come around to listen to their customers’ complaints.

She said that they also came to tell them what the company was doing to improve electricity supply.

“We are trying to let them know what to do when they have crazy or estimated bills.

“The essence of the forum is to show that the customers are satisfied with our service and for those that have challenges, we will find solutions to them,” she said.

Mr Femi Olaoye, the Chief Technical Manager, EKEDC, said it was the responsibility of the company to repair faulty transformers, urging them to always report any abnormality to the nearest office.

Olaoye said the company had just released 13 transformers to customers who requested for them in some communities within its network.

He urged customers within the network not to contribute money on their own for repair of transformers.

Meanwhile, some customers within Agbara and Badagry communities complained over lack of power supply, estimated billings and transformers overloading.

Alhaji Remi Agboola, the Chairman, Unity Forum Community, in Oko-Afo said they were having low current, due to a fault from the transformer for close to six months.

Agboola said they had written to the Agbara district office and Marina office, but the company had not resolved the fault.

Chief Tunde Giro, the Depegan of Badagry, said only few electricity consumers in the town had prepaid or functional meters.

Giro lamented that majority of EKEDC customers were on analogue meter, adding that every month, they were faced with estimated billing challenges.

He urged the company to make prepaid meter available to the customers living in the town.

Giro, however, commended the company for keeping its promise of eight hours electricity supply to the ancient town.

In his remarks, Mr Festus Eweka, the Chairman, Customers Consultative Forum, said the forum had created avenue for customers to interact and complain on the services being given to them.

Eweka, who also represents Agbara, urged the company to do more in the area of clearing of fault and installation of meters.

According to him, when many customers are given meters, the chances of fraud will reduce. (NAN)