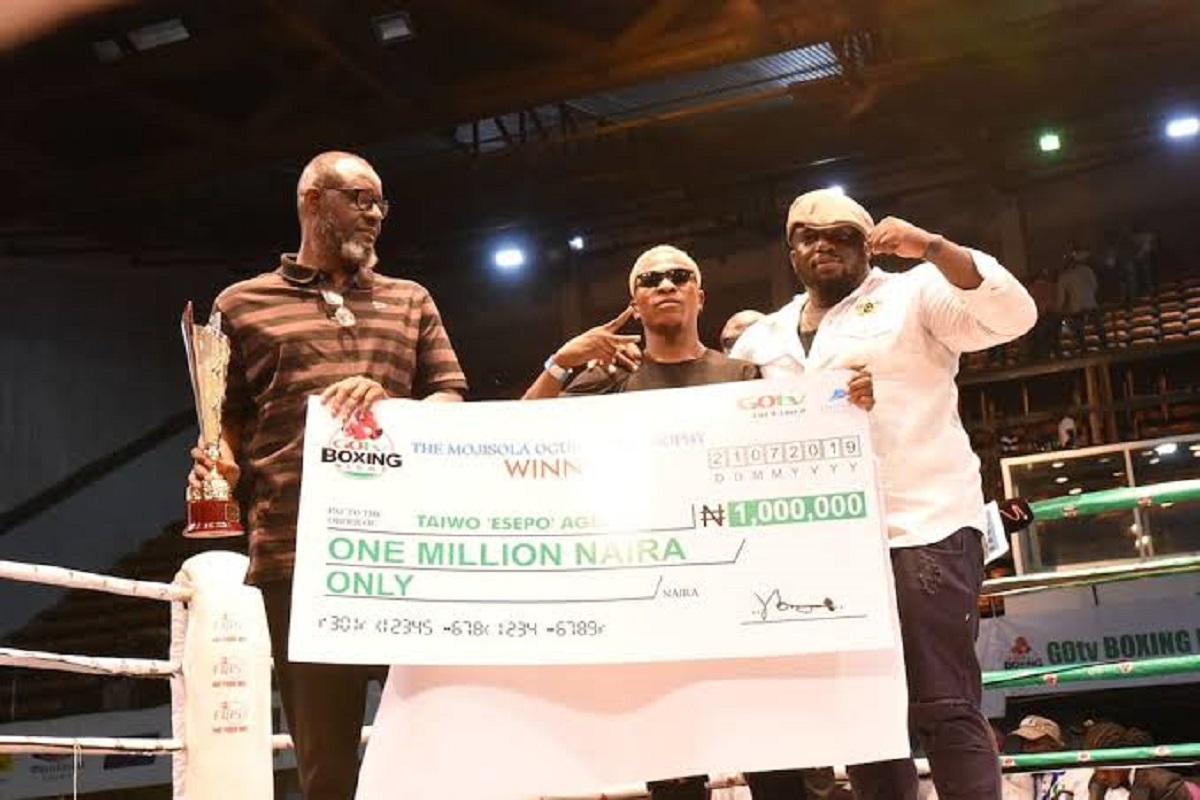 The introduction will see two boxers share the sum of N1.5million in addition to the amounts they stand to earn for participation. The winner of the Mojisola Ogunsanya Memorial Trophy for the best boxer will go home with the traditional cash prize of  N1 million, while the runner-up, a new category, will go home with N500,000.

Giving reasons for the introduction of the new category, Jenkins Alumona, Flykite Productions CEO, said it is to reward boxers for the efforts they put into their craft and further motivate them.

“We’re conscious of the fact that boxers train and work hard to reach the level they have and deserve to be rewarded accordingly. It is why we feel that we should widen the opportunity for them to have their efforts rewarded by introducing a cash reward for the second-best boxer at GOtv Boxing Night,” he said.

The runner-up prize will debut at GOtv Boxing Night 26 scheduled to hold on 20 August at the Molade Okoya-Thomas Indoor Sports Hall of Teslim Balogun Stadium, Lagos. The show will see the return of incumbent West African Boxing Union (WABU) featherweight champion, Taiwo “Esepo” Agbaje, who is back in Nigeria from the UK; and former national middleweight champion, Abolaji “Afonja Warrior” Rasheed.

Abolaji “Afonja Warrior” Rasheed, who made two valiant, but failed attempts at the Commonwealth middleweight title, will take on the Abuja-based Jafaru “Tanko” Suleiman in a national super welterweight challenge duel.

Equally on the bill is Stephen “Freeman” Kadima, winner of the Mojisola Ogunsanya Memorial Trophy and N1million at the last edition. He will take on Muritador Monyashau in a cruiserweight bout.

The show will be broadcast live on Supersport in 50 African countries.