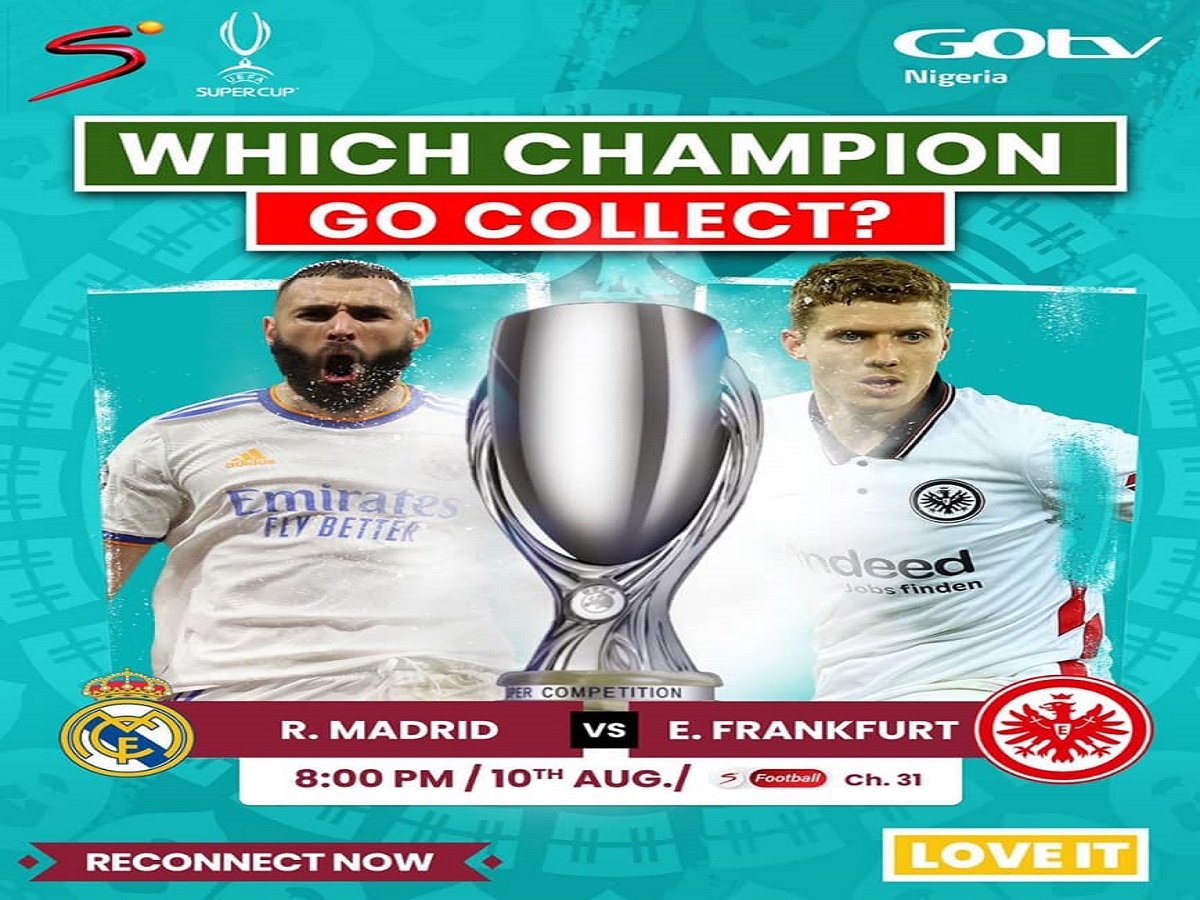 Real Madrid and Eintracht Frankfurt will battle for European Supremacy at the UEFA Super Cup final match which is set to broadcast on SuperSport.

Madrid and Frankfurt emerged winners of the Champions League and the Europa League competitions and will have to challenge each other for the Super Cup trophy at the Helsinki Olympic Stadium on Wednesday.

The tie which is set to kick-off at 8:00pm on SuperSport Premier League (DStv Channel 203) and GO Football (GOtv Channel 31) will be the first competitive meeting between both teams since the 1960 European Cup final where Madrid defeated Frankfurt in Glasgow by a 7-3 scoreline to win a fifth successive European cup.

While Frankfurt will be participating in the Super Cup for the first time, the Spanish giants have appeared on seven occasions in the past and won the Super Cup trophy four times. However, the German underdog will be hoping to cause an upset and defeat Carlo Ancelotti’s men.

Frankfurt defeated Rangers on penalty shootout to become the first German winner of the Europa League since it was rebranded in 2009, while maintaining an unbeaten streak during the process.

Real Madrid claimed a record-extending fourteenth Champions League title back in May courtesy of a lone goal from Brazilian forward Vinicius in a keenly contested match against Liverpool.

Los Blancos will be hoping to extend the Champions League holders’ dominance of the competition as they have won 26 of the UEFA Super Cup’s 46 editions.

To enjoy the new football season, customers can download the MyDStv app and MyGOtv apps to subscribe or upgrade or set up Auto-Renewal to stay connected without interruptions. Customers can also dial *288# to recharge.