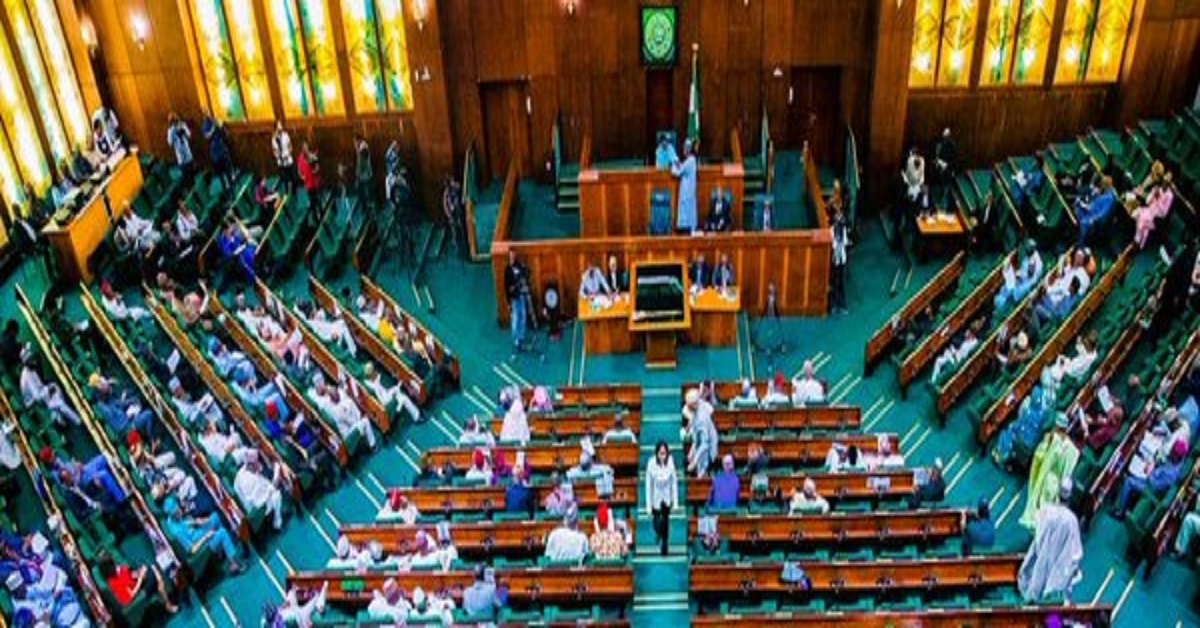 The house of representatives has stepped down a bill seeking to override President Muhammadu Buhari over his delay in signing the amendment to the Electoral Act 2022.

The decision was taken after Deputy Speaker of the house, Idris Wase faulted it, stating that any move to override requires 2/3rd of members.

He also advised sponsor of the motion, Ben Igbakpa to step it down as it violates procedure for overriding the President.

Details of the motion are below; Need to Invoke Section 58(5) of the Constitution of the Federal Republic of Nigeria, 1999 to Pass Again the Electoral Act, 2022: Hon. Ben Rollands Igbakpa

The House: Notes that by virtue of section 58(1) of the Constitution of the Federal Republic of Nigeria, 1999, Laws shall be exercised by Bills passed by both the Senate and the House of Representatives and, except as otherwise provided by Section 58 (5) of the Constitution, assented to by the President;

Also aware that by virtue of the provision of Section 58(4) the President has 30 days to assent to the aforementioned Electoral Amendment Act, 2022 or formally communicate to the National Assembly his decision to decline assent; Concerned that the time frame for the President to assent or decline assent to the Bill has elapsed since 11 June, 2022;

Also concerned that the actions or inactions of the President to perform his constitutional duty is an affront to Section 4 of the Constitution of the Federal Republic of Nigeria, 1999 which empowers the National Assembly to make laws for the peace, order and good government of the Federation or any part thereof;

Conscious that Section 58 of the Constitution of the Federal Republic of Nigeria, 1999 empowers the National Assembly to override the President when he vetoes a Bill or fails, refuses and/or neglects to act thereto, through a two-third majority vote;

Worried that the continued inaction of the President in either assenting or vetoing the Bill has left a lacuna in Nigeria’s constitutional democracy which portends danger to the 2023 electoral process and other subsequent staggered elections of some states thus, leaving the Congress of Political Parties in the hands of Ad-hoc delegates to the detriment of statutory delegates;

Convinced that a prompt action by the Honourable House to cure the patent constitutional lacuna is imperative by invoking Section 58 (5) of the constitution which states that where the President withholds his assent and the bill is again passed by each House by two-thirds majority, the Bill shall become law and the assent of the President shall not be required;

Resolves to: (i) Invoke Section 58(5) of the Constitution of the Federal Republic of Nigeria, 1999 (as amended) with respect to the Bill for an Act to Amend the Electoral Act, 2022 i.e Amendment of Section 84(8) thereof to allow Statutory delegates to participate in Political Parties Congress and convention;

(ii) Communicate the position of the House of Representatives to the Senate for concurrence.

The one-item amendment to the Electoral Act 2022 is yet to be signed by President Buhari, 30 days after Minority Caucus called for the President’s signature.