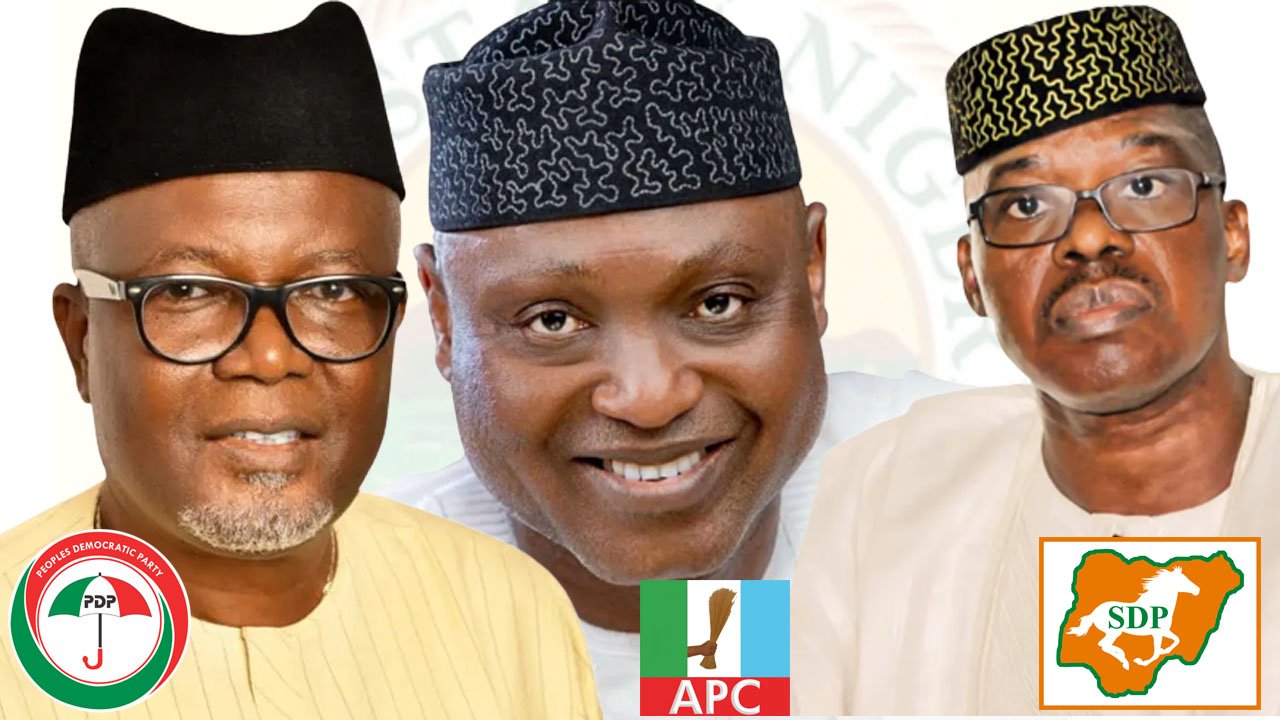 Reactions have started trailing a trending online video where members of National Union of Teachers in Ekiti State were being induced by officials of All Progressive Congress with N3,000, (three thousand naira) to vote in the state’s gubernatorial election scheduled to hold on Saturday.

The video that was shared by the Managing Editor of ICRI, Amzat Ajibola has teachers who were donned in the campaign vest and caps of the APC flagbearer, Biodun Oyebanji at the pavilion near the government house, Ado-Ekiti, the state capital.

The video also showed some of the teachers dressed in orange colour tee shirts emblazoned with ‘EKSU Teacher Vanguard’, others wore blue and white tee shirts with the inscription ‘Biodun Oyebanji for Governor’, while some others wore face caps written “Ekiti Teachers for BAO” danced to local music and patiently waited for the NUT official who brought money to the pavilion to share with them.

Reacting to the viral video, an Ondo State-based legal practitioner, Morakinyo Ogele, has advised electorates to shun the act of selling their votes to politicians on the Election Day.

He alleged that the ruling All Progressives Congress was planning to be involved in the act of vote buying and called on the people of the state to reject the act.

Morakinyo said the APC had failed the people of the state in the last four years and didn’t deserve to remain in power.

The lawyer made the allegation in an open letter to the Ekiti people. The letter was made available to our correspondent in Akure, the Ondo State capital on Monday. It was titled ‘Letter to Ekiti People’.

A source that claimed anonymity revealed that the National Working Committee and the APC Governor’s Forum had supported the candidate of the party with 5 billion naira. in the June 18, 2022.

The source pointed out that the effort is in desperate attempt to hold on to power at the state level, some Local Governments.

Meanwhile, Youth Initiative for Advocacy Growth and Advancement (YIAGA Africa), a non-profit civic hub of change makers committed to the promotion of democratic governance, human rights and civic engagement has said it would expose any manipulation of results in the forthcoming Ekiti State gubernatorial election.

YIAGA Africa Director of Programs, Cynthia Mbamalu spoke at a press briefing in Ado-Ekiti on Thursday.