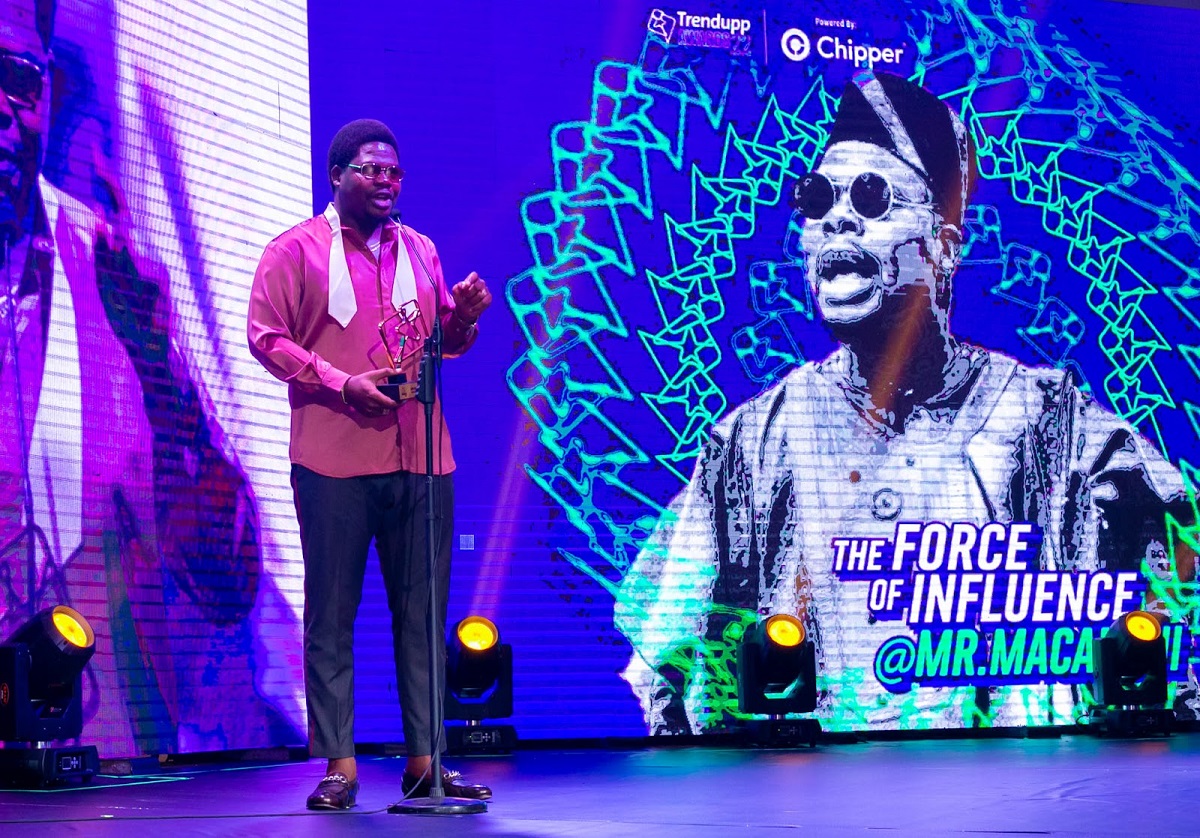 Debo Adedayo fondly known as Mr. Macaroni clinched the most coveted award category at the second edition of Trendupp Awards, – “The Force of Influence”, making him the influencer with the highest influence in the Nigerian social media space.

Trendupp Awards is recognized as Nigeria’s first-ever inﬂuencers and content creators award, poised to celebrate the indigenous efforts of creatives; from content creators and influencers to brands who have in various ways contributed to the active growth of the digital space in Nigeria. The award show was held on Sunday, the 12th of June 2022 at Monarch Event Center Lagos and celebrated sixteen content creators, influencers, and brands across various categories. 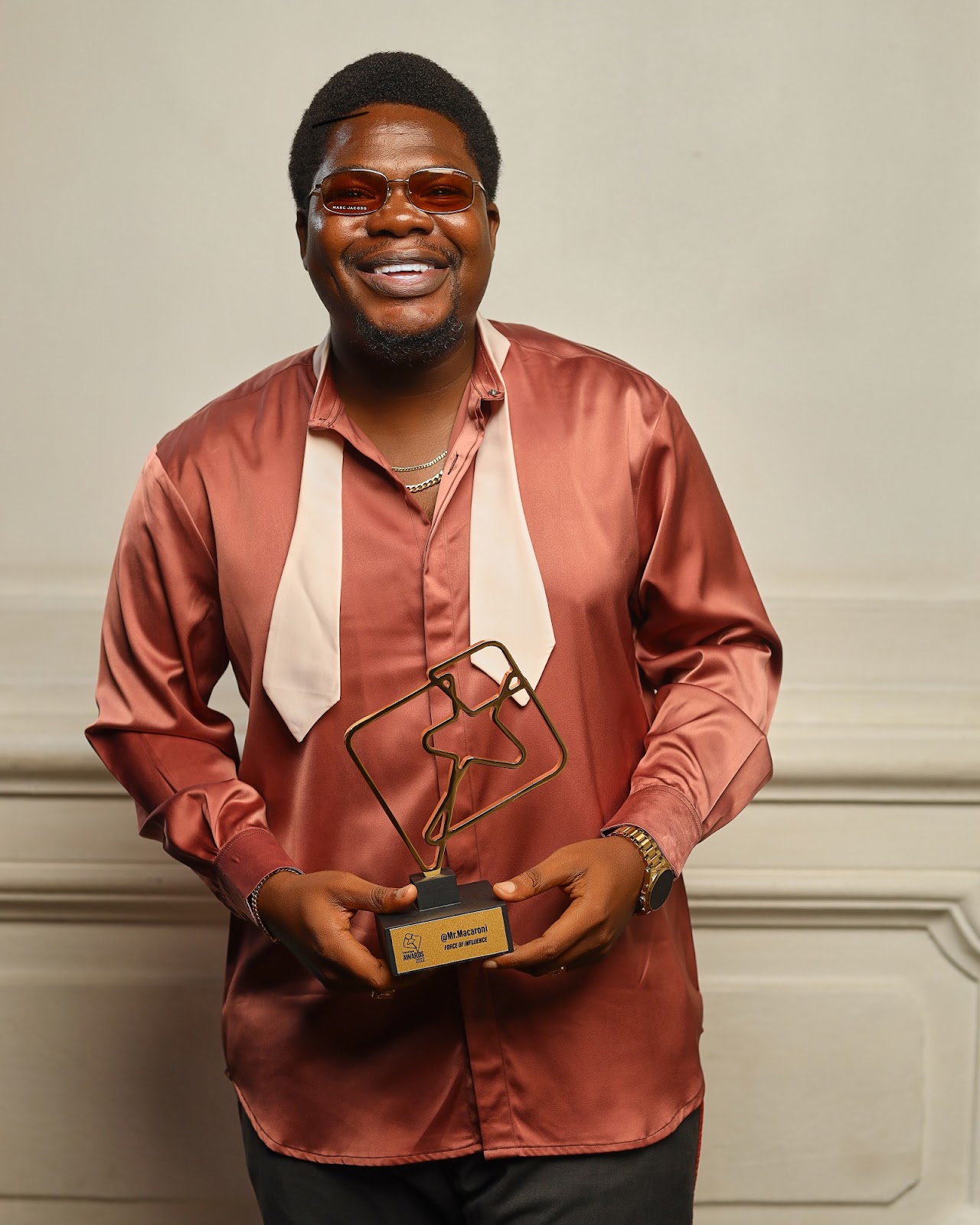 The highlight of the award show was the unveiling of Mr. Macaroni as the Force of Influence, making him the Influencer and content creator who commanded the highest influence in the Nigerian social media space between March 2021 – March 2022. As a content creator, his political satire has become an easy laugh endearing him to the hearts of many as “Mr freaky freaky” and his catchphrases that fast became the lingua franca “Ooin” and “You are doing well”.  Beyond that, his influence transcends the online space and he has rightly earned the title of a social justice advocate with his indelible impact on the #EndSars and #SoreSoke movements. 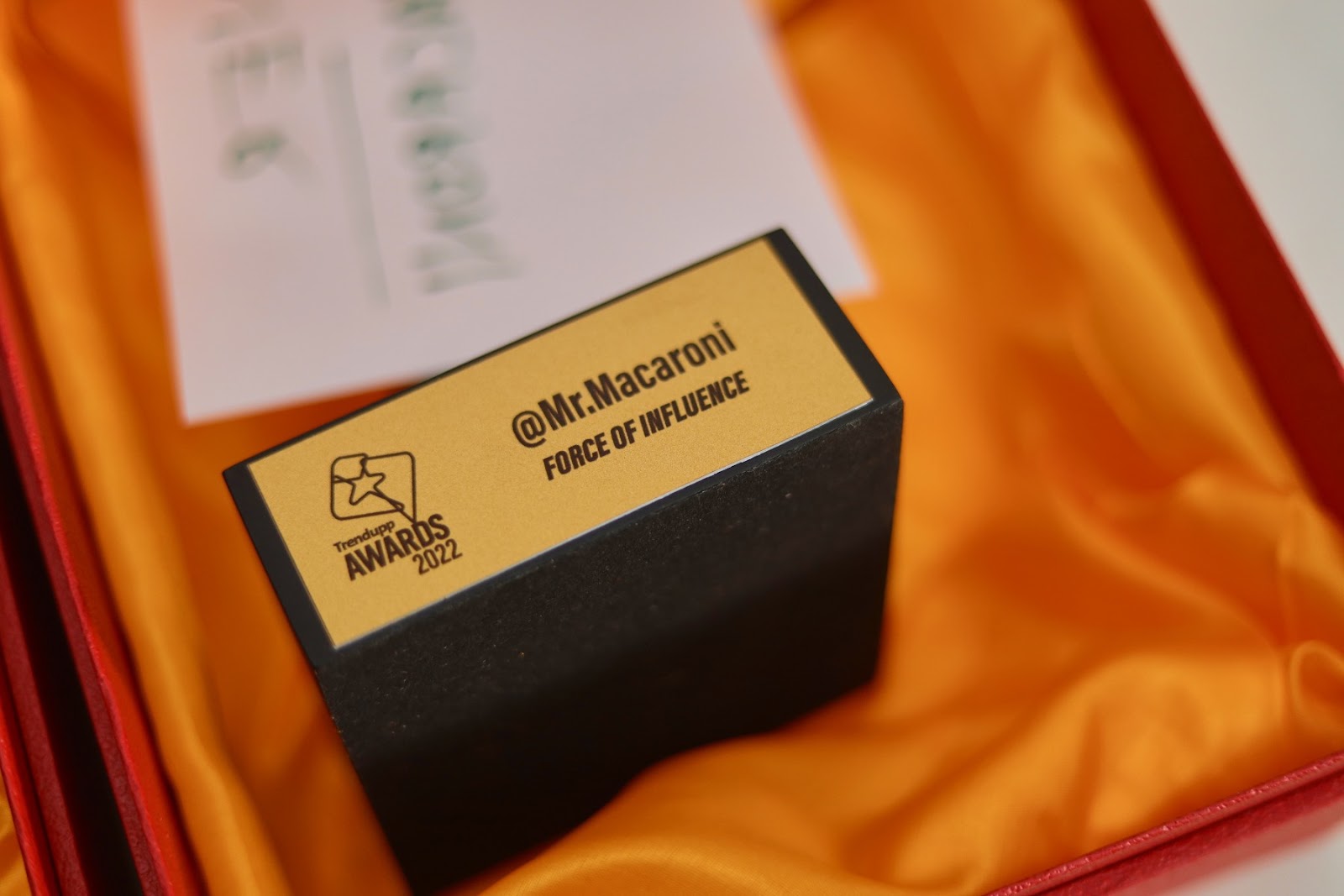 Receiving the award, the Mr Macaroni said: “I am very honored to receive this award as the Force of Influence. I’m humbled to have received this award on behalf of the other nominees as I know full well that any of them would be equally deserving of the award. I want to say a big congratulations also to all other winners, nominees, and every other creator. Thank you Trendupp Africa for celebrating and encouraging us all to do better! This award is dedicated to all Nigerian Youth who have gotten their PVC and to those on their way to get one. Freedom won’t come on a platter of Gold! We must work for it.”

Also speaking at the ceremony Tiwalola Olanubi, Jnr. CEO, Trendupp Africa, said the awards was created to recognise and celebrate the efforts influencers and content creators put into their craft.

“At Trendupp, 2years ago we saw the confidence, fearlessness, commitment and creativity Nigerians were putting into the content they shared and we were truly inspired. So, we started building Trendupp; a platform designed to reward them faster and better for their craft, but as we did that, we also noticed another void-they were not getting their FLOWERS, they needed to be celebrated…and that’s why we are here at Nigeria’s first-ever award for Influencers and content creators – Trendupp Awards,” he said. 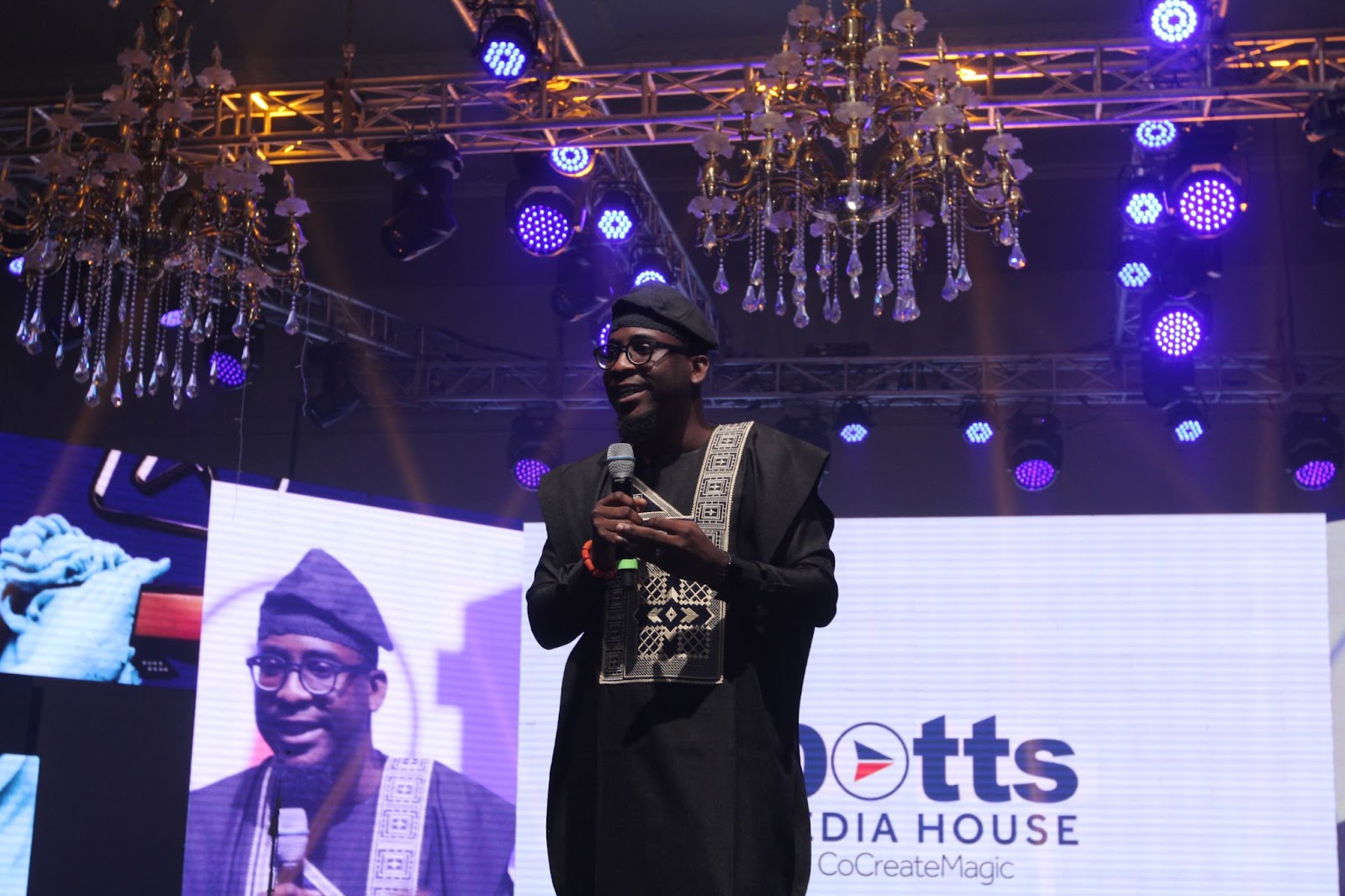 Other influencers and creators such as Bukunmi ‘Kie Kie’ Adeaga-Ilori emerged as the Force of Instagram, Tunde Onakoya as the Force of Social Good, Enioluwa Adeoluwa as the Force of Virality, Akin Faminu as the Force of Lifestyle amongst others, these winners all clinched the Trendupp Africa Gold Statuette & A whooping $1000 USD Cash Prize courtesy Chipper Cash, one of the world’s leading financial service providers. See the full list of winners here https://www.trenduppawards.com/ 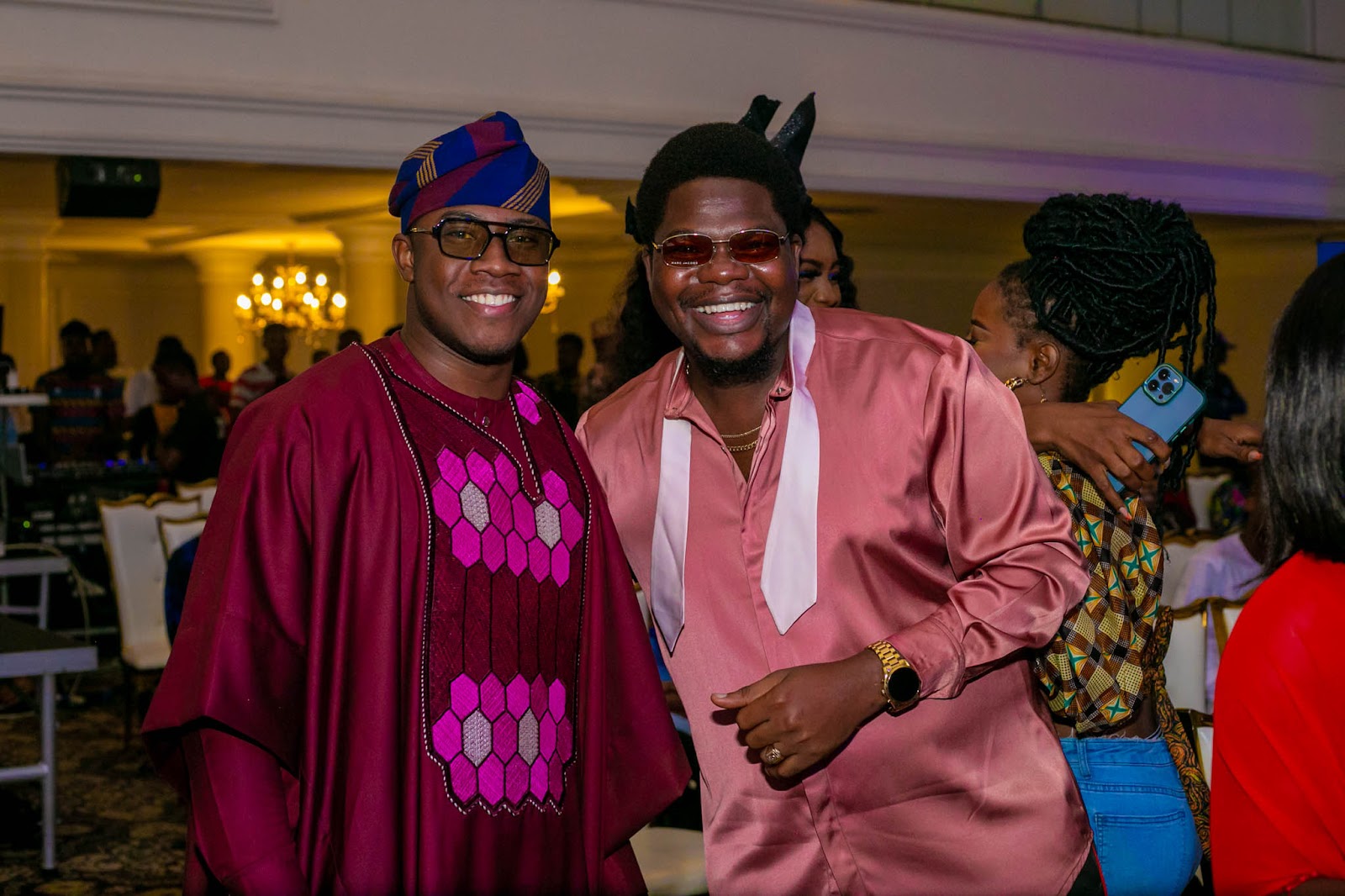 The Trendupp Awards is presented by Trendupp Africa, a platform where creatives receive support, publish exclusive content and build direct relationships with their fans across Africa & Dotts Media House, one of the foremost media company in Africa and powered by Chipper Cash App – one of the world’s leading financial service providers. Refreshed by Pepsi. And proudly supported by MTV Base, Tramango, Africa Magic, YNaija, Brand Communicator, Vanguard Allure, and BellaNaija.