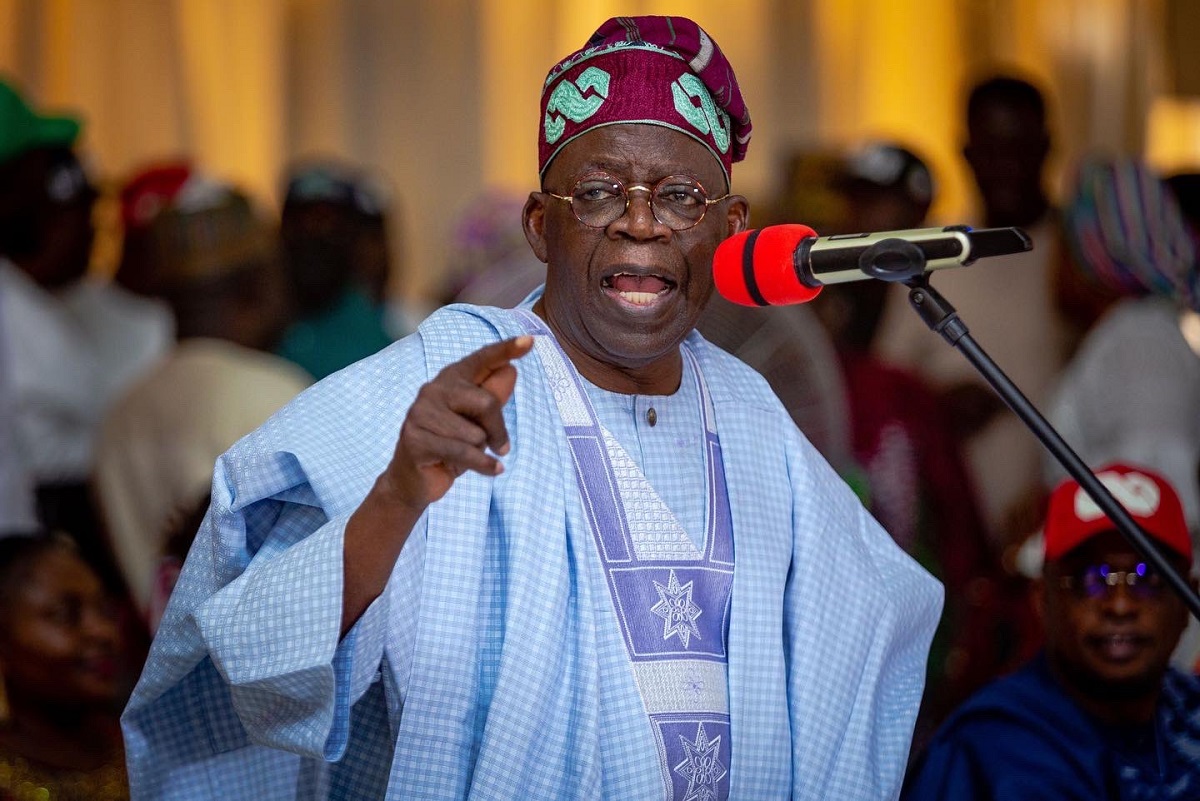 Ravenewsonline.com reports that the National Leader of the All Progressives Congress (APC), Senator Bola Ahmed Tinubu, has won the ruling party’s Presidential Primaries.

The former Lagos State governor gained ground after fellow contestants, Governors Kayode Fayemi, Abubakar Badaru, and ex-Governor Ibikunle Amosun, among others stepped down for him on Tuesday night.

Meanwhile, Amaechi, who is projected to come second, alleged rigging of the election process.

2,322 delegates from 36 states and the Federal Capital Territory (FCT) voted at the APC presidential primaries.

See the results below:

Tinubu made his debut in politics as an activist in the pro-democracy agitations of the National Democratic Coalition (NADECO) in the early 1990s.

The 70-year-old was instrumental to the formation of the APC in 2013, and the emergence of Muhammadu Buhari as president in 2015.

His main challengers in the 2023 polls have been identified as Atiku Abubakar of the Peoples Democratic Party (PDP), and Peter Obi of the Labour Party (LP).