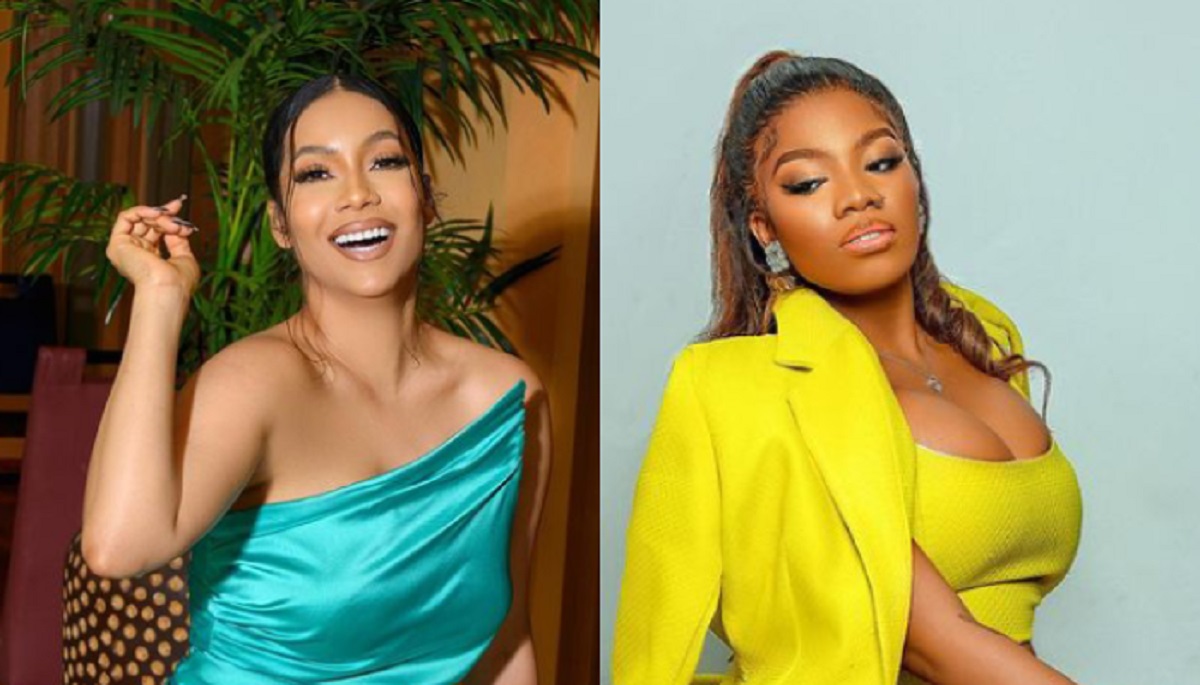 During the show, a clip was shown where Maria accused Angel of kissing almost all the guys in the house.

Defending the clip which revisited parts of their time in the house, Maria noted that what she said was simply her opinion of Angel.

The 22-year-old writer also stated that Maria called her a slut, and Maria denied calling her so.

Insisting that she didn’t use a derogatory word regarding Angel, Maria said “I have an opinion about you, but that doesn’t mean it’s right.”

Angel, however, said that Maria did the same things she did in the house (apart from kissing).

“You were flirting with Emmanuel and Michael,” Angel accused.

Maria replied that it was Emmanuel that flirted with her and she dragged him to Liquorose.

Angel said, “The difference between both of us is that I took you as my person but you didn’t take me as your person.”

Since Maria’s discussion in the clip was with Peace and Nini, Angel knocked Nini for not shutting down the conversation.0