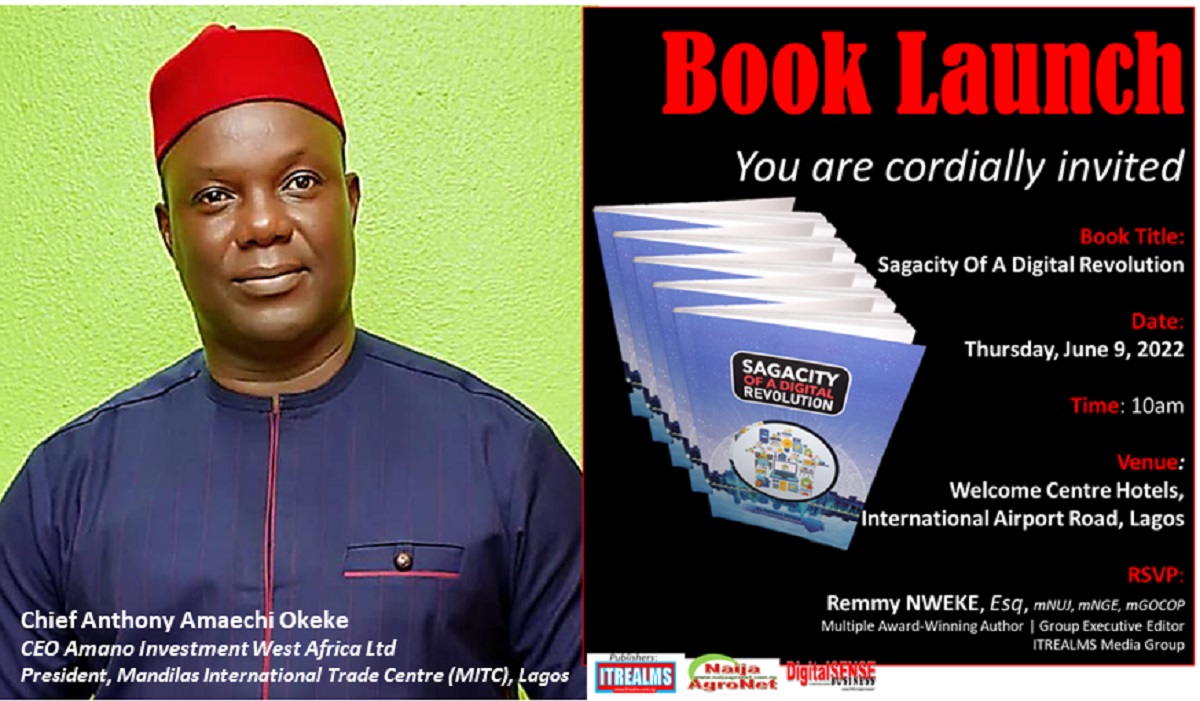 The book slated for public presentation at the side event of the 2022 Nigeria DigitalSENSE Forum on Internet Governance for Development (IG4D) on Thursday, June 9th at the prestigious Welcome Centre Hotels, International Airport Road, Lagos, under the chairmanship of Engr. Ikechukwu Nnamani, is being put together by ITREALMS Media group.

The panel of the book unveiling, he also said, would include the chairman, Association of Licensed Telecoms Operators of Nigeria, Engr. Gbenga Adebayo and President, African Health Journalists Association; a key figure in the African Federation of Science Journalists (AFSJ) as well as the Principal Consultant/Chief Executive Officer (CEO) InterPares Media Limited.

He pointed out that the 2022 Nigeria DigitalSENSE Forum on Internet Governance for Development is the annual digital rights forum by ITREALMS with this year’s theme being: ‘5G: Enthroning Internet Governance for Digital Economy’ while the public presentation of the book: Sagacity of a digital revolution; comes as a sideline event meant to enrich the knowledge base of the Information and Communications Technologies (ICT) industry and is authored by Remmy Nweke, a multiple-award winning journalists.

According to Nweke, Chief Okeke is the Ezekwueche of Aguleri Kingdom in Anambra State and holds B.Sc in Business Administration from the University of Lagos (UNILAG) where he also served as a former Public Relations Officer of DLI Students Union.

Chief Okeke is equally versed in business and has over 25 years in both local and international business; his experience was brought to bear in the management of Mandilas International Trade Centre which under his watch has been embellished with several reforms which moved the market to enviable heights and were severally rewarded with awards, especially as the best organised trading centre across Lagos State.

Notable is that MITC led by Okeke was recently proclaimed the best secured market in Lagos. He was also recognized specially for the Enforcement of COVID-19 Prevention Measures in the market.

His leadership skill as the Vice President, saw to his being one of the representatives of Aguleri Welfare Association (AWA) Lagos branch, at the Association of Anambra State Development Unions (AASDU-Lagos) which comprises over 180 towns in Anambra State, among others.